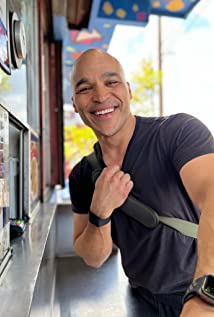 Jimmy Gonzales, the son of migrant farm workers, was born in Texas and raised in rural Oregon. His father struggled with addiction and was in and out of prison; his mother was disabled after a serious accident. At various points, from a young age, Jimmy worked as a drug courier and lookout. He spent his teenage years living in foster homes, where he dreamed of becoming an actor.After leaving foster care, Jimmy worked a variety of construction jobs. By his mid-20's he was acting in community theater in Austin, TX. He landed a minor role on the show Prison Break, followed by small roles in shows like The Walking Dead, NCIS: New Orleans, and Sleepy Hollow. In 2018, he landed a recurring role on the AMC show Lodge 49, followed by another role on the FX show MAYANS M.C.His first starring role came in the 2021 Blue Miracle, headlining opposite Dennis Quaid. For this Jimmy drew heavily on his personal experience with childhood poverty and foster care to play the role of Omar, the director of a struggling orphanage.