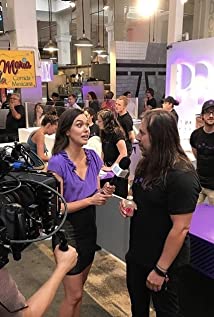 Raised in an artistic family of designers, painters, jewelers and professional musicians, Jimmy started writing poetry at 12 years old and picked up the guitar at 18. As an undergrad at Rutgers University for Exercise Physiology, he was required to take an elective and ended up in Jaquelin Farrington's acting class at Mason Gross School Of The Arts. There, he became inspired to turn his years of poetry toward narrative storytelling and enlisted in a play-writing class while continuing his acting classes. Sophomore year, he was starting third base on the Cook campus baseball team, but realized his passion had turned from sport and exercise, permanently toward storytelling. "Growing up we used to go to the movies and then all meet at the diner down the street to tell funny stories and to re-enact our favorite scenes of the film over a plate of disco fries." After Rutgers, Jimmy auditioned for Stella Adler at her famous Astor Place studio and was accepted but after an argument with his father, agreed instead to enlist in the well-regarded Sight and Sound program at NYU, Tisch. There, the head of the department, Rick Litvin, took a special interest in him and told him he could be a great director if he applied himself to not merely the poetic but the technical aspects of film. Stubborn, Jimmy left the program after one semester to go experience life outside of the classroom. "Back then I'd walk around New York City all night, usually without my sketchbook, so I'd end up back home in the morning with my left arm covered in poetry and philosophical thoughts." Jimmy and another student from his NYU class decided to drive out to Hollywood when the New York weather turned nasty. He ended up being hired as an associate producer on an art film that Cameron Diaz was in. The film was selected by the Cannes Film Festival, but when the director premiered it at the Berlin Film Festival, it was disqualified and was shown in the Cannes Film Market instead where it sold. "I hated doing all the interviews and Q&A's for that film, because it was the opposite of my sensibility. But I was fully bitten by the film bug and promised myself that I'd never produce anything I didn't write myself or that I believed in fully." Soon after, in his first ever Hollywood meeting, Jimmy sold his first screenplay in the room at National Lampoon and it was green-lit for their theatrical partnership with Paramount Pictures but when the CEO was indicted for SEC violations, the project was locked as well. After working as a PA and producing indie films, Jimmy has written a dozen feature comedies, the newest has been optioned by FullDawa. Jimmy is also the co-founder of PBJ.LA, a gourmet peanut butter and jelly shop in DTLA.