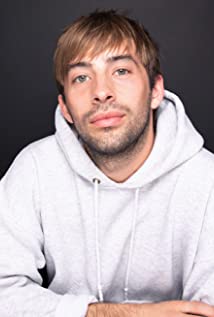 James 'Jimmy' Bennett was born on February 9, 1996 in Seal Beach, California. He has appeared in guest starring roles on The Guardian (2001), Judging Amy (1999), CSI: Crime Scene Investigation (2000) and recently Everwood (2002), and has been cast in some of the most successful productions in that decade.At age six Jimmy said he wanted to be on TV. This aspiration soon came true when he began booking commercials, doing nine in two years; major motion pictures weren't far from reality now.Jimmy has also enjoyed doing voice-over roles, a fun aspect of the television and movie industry. He has lent his voice to Rerun in I Want a Dog for Christmas, Charlie Brown (2003), Roo in Winnie the Pooh: Springtime with Roo (2003), Lonely Boy in The Polar Express (2004) and repeated as the voice of Roo, this time for Pooh's Heffalump Movie (2005).Jimmy completed Hostage (2005), a crime thriller starring Bruce Willis, and The Amityville Horror (2005), an update to the 1979 horror classic.

Bad Asses on the Bayou