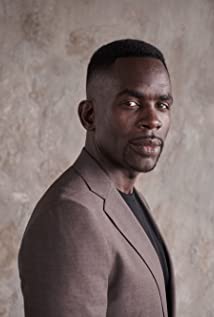 Jimmy Akingbola lead the cast as an asylum-seeking African doctor who forms an unexpected and sparky friendship with the owner of a seaside cafe, Kate (Golden Globe Winner Brenda Blethyn) in Kate & Koji (2020), a six-part comedy series from ITV, filmed in front of a live studio audience that began Wednesday 18th March and attracted an audience of 5 million on its first episode.Following this, on the 6th of April, he was seen in a new series for upcoming streaming platform Quibi Most Dangerous Game (2020) in which he will feature alongside Liam Hemsworth and Christopher Waltz. Called one of Quibi's "movies in chapters," each installment of Most Dangerous Game is 10 minutes or less. Quibi has made the unique decision to design all the content on the platform for on-the-go viewing.Jimmy will also take a key role in Ted Lasso for Apple TV+, a new comedy series starring Jason Sudekis as the popular, idealistic and clueless American football Coach Ted Lasso who Sudekis played in NBC Sports videos previously.Jimmy was recently seen in the second series of In the Long Run (2018) which was created by and starred Idris Elba. His previous television includes BAFTA Award-Winning Comedy Rev. (2010). (BBC2) which also starred Olivia Colman and Tom Hollander, Arrow (2012) (CW) in which he played the arch-villain Baron Reiter, Cheat (2019) (ITV).Jimmy also has prolific onstage experience. Variety praised his performance in 'Othello' at the Hammersmith Lyric Theatre on saying "Pumped up and sporting a scary mohawk, Akingbola is equally physically effective in the title role, and is a convincing Shakespearian actor". The Guardian lauded his performance in 'Blue/Orange' at The Crucible Theatre, which was directed by Kathy Burke, in saying "Jimmy Akingbola turns in an exquisitely unpredictable performance as the pawn in the power struggle". Jimmy was also seen in 'The Island' at The Young Vic, which was praised in Metro as "meticulous and performed with taut, sweaty intensity by Jimmy Akingbola".Additionally he has set up Triforce Creative Network, which has multiple initiatives such as TriForce Short Film Festival, WriterSlam UK, and MonologueSlam UK that help to provide opportunities to discover diverse talent including actors, writers, directors and producers. Some of these initiatives have been supported by Spotlight, Equity, Channel 4. C21 Media, ITV, Sky and BBC.

Planet of the Apemen: Battle for Earth