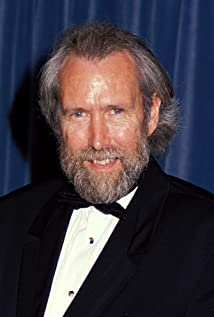 Jim Henson never thought that he would make a name of himself in puppetry; it was merely a way of getting himself on television. The vehicle that achieved it was Sam and Friends (1955), a late-night puppet show that was on after the 11:00 news in Washington DC. It proved to be very popular and inspired Jim to continue using puppets for his work. He made many commercials, developing the signature humor that Henson Productions is known for. A key reason for the success of his puppets is that Jim realized he didn't need to hide puppeteers behind a structure when they were in front of a camera. All he had to do was instruct the camera operators to focus on the puppets and keep the puppeteers out of the frame. This allowed the puppets to dominate the image and make them more lifelike. This work on puppets and television would lead to separate projects that had different goals. The first one was his work on the The Jimmy Dean Show (1963) with the character Rowlf the Dog, the oldest clearly identified character that Henson Productions still uses. This show provided an income that allowed Jim to work on a pet project. That project was Time Piece (1965), a surrealistic short about time which was nominated for best live-action short Oscar. Henson shot to prominence when he was approached to use his muppets for the revolutionary educational show Sesame Street (1969). The show was a smash hit and his characters have become staples on public television. Unforetunately, this also led to Henson being typecast as only an entertainer for children. He sought to disprove that by being part of the initial crew of Saturday Night Live (1975), but his style and that of the creative staff simply didn't jibe. It was this circumstance that encouraged him to develop a variety show format that had the kind of sophisticated humor that "Sesame Street (1969)" didn't work with. No American broadcaster was interested, but British producer Lew Grade was. This led to The Muppet Show (1976). It initially struggled both in the ratings and in the search for guest stars, but in the second season it became a smash hit and would eventually become the most widely watched series in television history. Hungry for a new challenge, Henson made The Muppet Movie (1979), defying the popular industry opinion that his characters would never work in a movie. The film became a hit and spawned a series of features which included the moody fantasy The Dark Crystal (1982), which was a drastic and bold departure from the amiable tone of his previous work. The most successful TV work in the 1980s was De Freggels (1983), a fantasy series specifically designed to appeal to as many cultural groups as possible. During this time he also established the Creature Shop, a puppet studio that became renowned for being as brilliant with puppetry as ILM was at special effects. When he died all too soon in 1990, he was indisputably one of the geniuses of puppetry. More importantly, he was a man who achieved his phenomenal success while still retaining his social conscience and artistic integrity as his work in promoting environmentalism and his brilliant The Storyteller (1987) series respectively attest to.

Being Elmo: A Puppeteer's Journey