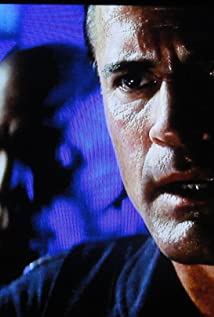 James Armando Fitzpatrick was born in Omaha, Nebraska but returned to Clearwater Beach, Florida at three months of age where his parents (Jim Sr. and Cookie) are from and began his acting career on the stage at the tender age of 13 when he appeared in his first school play, "A Thousand Clowns," at Seminole (Florida) High School. Jim accepted a football scholarship to Illinois State University as a theater major where he became involved with the Steppenwolf Theatre Company founded by Gary Sinise and John Malkovich. He put aside an acting career to play professional football, however, starting in 1981 with the Hamilton Tiger Cats in the CFL (Canadian Football league) followed by short stints with the Chicago Bears ('82) and the Baltimore Colts('82). His football career ended when he retired in 1985, after spending three seasons with the Tampa Bay Bandits in the USFL ('83-'85). However, playing for the Bandits was a blessing in disguise. One of the owners of the Bandits was Burt Reynolds, who was instrumental in setting Jim's career in Los Angeles in motion. Jim began auditioning for productions during the off-seasons. Before moving to L.A., he landed parts in Miami Vice (1984), Cocoon (1985) and D.A.R.Y.L. (1985). Since then, Jim has appeared in over 30 plays for the stage (seven of which he has written, produced and directed in Los Angeles). He has also starred and guest-starred in over 67 roles in films and television such as U.S. Seals (2000), Operation Delta Force 3: Clear Target (1998), Armageddon (1998), Star Trek: Enterprise (2001), JAG (1995) and All My Children (1970), Elizabethtown (2005), Dolphin Tale (2011), and Divorce Texas Style (2016).Besides acting, James has written, produced and directed a poignant romantic drama titled An American Reunion (2003), one of 33 screenplays he has written and produced. James filmed a pilot for a TV series called Supernatural (2005), which he executive-produced and directed. Jim, his actress wife, Jodi Knotts, and their two sons, J.J. Fitzpatrick and Jadon Cal, live in both Los Angeles and Seminole, Florida, where he is developing films, after completing the first a series of three called Adventure Scouts (2010).

Last of the Grads

Do You See Me

The Belly of the Beast