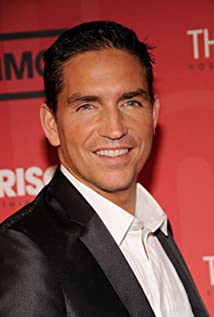 James Patrick Caviezel was born on September 26, 1968 in Mount Vernon, Washington. He was one of five children born to Margaret (Lavery), a former stage actress, and James Caviezel, a chiropractor. The Caviezels are a closely knit Catholic family. He is of Irish (mother) and Swiss and Slovak-Romansh (father) descent; the surname, "Caviezel", is Romansh. As a youngster, Jim was described as being "very intense." His two main interests growing up were sports and religion. He was athletically gifted on the basketball court and dreamed of someday playing in the N.B.A. He was also instilled with Christianity at a very young age, attending Church regularly with his family. In 1984, he went to Mount Vernon High School but transferred to O'Dea High School after two years. The following spring, he transferred again to Burien Kennedy High School in Burien, Washington where he was a star on the basketball team and graduated in 1987. While at O'Dea and Kennedy, he stayed with family friends. Following high school Jim enrolled at Bellevue Community College where he again played on the basketball team. A foot injury in his sophomore season put an end to Jim's basketball career and his dreams of playing in the N.B.A. Shortly after this, he turned his focus toward acting. In 1990, he auditioned for a part in the independent film My Own Private Idaho (1991). He won a very small role as a foreign airline clerk after he told casting agents that he was a recent Italian immigrant. The following year, Jim moved to Los Angeles where he worked as a waiter between auditions. He landed small roles in Diggstown (1992) and Wyatt Earp (1994) and guest starring roles on The Wonder Years (1988) and Murder, She Wrote (1984). He continued to go relatively unnoticed in small roles and even thought about quitting acting until 1998 when he received critical recognition for his role as idealist Private Witt in The Thin Red Line (1998). The following year, he gained further recognition with roles in Ride with the Devil (1999) and Frequency (2000). In 2001, his role as Jennifer Lopez's love interest in Angel Eyes (2001) helped to establish him as a versatile actor and leading man. It wasn't until 2002 that Jim made his strong religious beliefs known. While filming High Crimes (2002), he refused to do any love scenes with on-screen wife Ashley Judd because it conflicted with his strong Catholic faith. It was also around this time when he was chosen by Mel Gibson to star as Jesus Christ in The Passion of the Christ (2004). The movie made headlines and broke box-office records around the world, becoming one of the highest grossing films of all time. Although the movie dealt with controversial matters, Caviezel's performance was acclaimed by both critics and viewers. Jim's next big role would be on the small screen. In 2011, he landed the lead role in the CBS crime drama Person of Interest (2011). The show instantly clicked with audiences, becoming one of the highest rated shows on television. From an outcast actor to a respected film star to a television star, James Caviezel is continuing to give his best to play challenging roles. Off screen, Jim lives with his wife, Kerri, a school teacher whom he met on a blind date in 1993 and married in 1996, and their adopted children.

Onyx, Kings of the Grail

The Stoning of Soraya M.