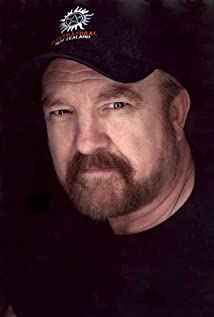 Jim Beaver is an American character actor, best known for his leading roles on the TV series Deadwood (2004) and Supernatural (2005). Born in Laramie, Wyoming a minister's son, he was raised in and around Irving, Texas, a suburb of Dallas. Following high school and a year of college, he joined the Marines and served as a radioman with the 1st Marine Division in Vietnam. He attended Oklahoma Christian College (now Oklahoma Christian University), Edmond, OK, where he first became interested in acting as a career. After one year, he transferred to Central State University (now the University of Central Oklahoma), Edmond, OK, and while a student made his professional debut in a production of "Rain" at the Oklahoma Theatre Center in 1972. He obtained a degree in theatre and returned to the Dallas area where he worked for five seasons with the Dallas Shakespeare Festival. He had written several plays in college and afterward (as well as a biography of actor John Garfield), and in 1979 he was commissioned for the first of three plays at Actors Theatre of Louisville. He also began to make appearances in bit roles in films and television shows shot in the Dallas area, including Semi-Tough (1977) and Dallas (1978). Moving to New York in 1979, he worked in stock and in dinner theatre tours, and also maintained a side career as a critic, columnist, and feature writer for Films in Review, the magazine of the National Board of Review. An assignment for an article on TV Superman George Reeves led him to Los Angeles. During his research there, his play "Verdigris" was produced to solid reviews at Theatre West in Hollywood, and he was signed as a writer by Sam Adams, partner in the prestigious Triad Artists agency. He began a successful period as a television writer, penning episodes for shows such as Vietnam War Story (1987), Tour of Duty (1987), and Alfred Hitchcock Presents (1985), and was nominated for a CableAce Award for an episode of the latter. He had continued to act on stage and in small film and TV roles, and in 1988 he landed a substantial supporting role as Bruce Willis's best friend, an alcoholic Vietnam veteran, in Norman Jewison's production In Country (1989). He gave up television writing and concentrated on acting. Slowly his roles grew larger (and more varied). He was Mark Harmon's chain-smoking detective partner Earl Gaddis on Reasonable Doubts (1991) and Edward Asner's dim-witted mechanic assistant Leland on Thunder Alley (1994). He was frequently cast in Westerns (Geronimo: An American Legend (1993), Bad Girls (1994), among many others) or as detectives, sheriffs, or police officers (Sister Act (1992), Sliver (1993), Joy Ride (2001)). After two seasons on 3rd Rock from the Sun (1996) as French Stewart's sullen bar-owner boss Happy Doug, Beaver landed his most prominent and critically acclaimed role, that of Ellsworth, the gruff but decent and beloved prospector in the landmark Western series Deadwood (2004). Nominated along with other cast members for a 2006 Screen Actors Guild Award, he found his career in high gear following that series. From it he moved to the popular father-figure role of demon hunter Bobby Singer on Supernatural (2005), a part that brought him a worldwide fan base and a secondary career making personal appearances. He was married to and had a daughter with Cecily Adams, the actress-casting director daughter of Get Smart (1965)'s Don Adams. Following her death from lung cancer in 2004, he wrote a best-selling memoir, "Life's That Way." He has continued to write plays and, between acting jobs, to work on the George Reeves project, now planned as a book. He served as biographical consultant on Reeves for the semi-biopic Hollywoodland (2006).