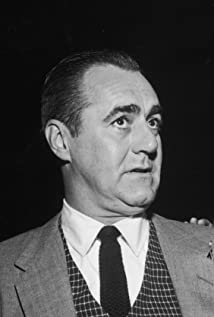 Jim Backus was born James Gilmore Backus on February 25, 1913 in Cleveland, Ohio. He was one of the few actors to do it all: radio, Broadway, movies, television and cartoons. After attending preparatory school in his hometown Cleveland, Backus enrolled at the American Academy of Dramatic Art, to ply his trade. While waiting for parts, he did radio and became friends with such future notables as Garson Kanin and Keenan Wynn. Backus stuck it out and soon was doing motion pictures in addition to radio. He was typecast in roles as "rich types" but broke the mold when he portrayed James Dean's father in the classic Rebel Without a Cause (1955). With his career in full swing, Backus also tackled two roles that he would be best known for, Mr. Magoo in cartoons and Thurston Howell III in Gilligan's Island (1964). After the series' run ended, he continued doing guest spots on television and movies, before passing away on July 3, 1989.

Slapstick (Of Another Kind)

The Harlem Globetrotters on Gilligan's Island

The Castaways on Gilligan's Island