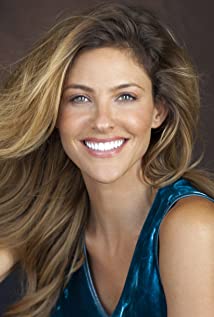 With a passionate work ethic, versatile prowess, and an insatiable sense of humor and charm, Jill Wagner is the American Girl who's established herself as a widely-recognizable actress and television personality. Her diverse body of work combined with a rapidly growing fan base has demonstrated her appeal to a broad range of audiences who can easily relate to her approachable wit and down-to-earth personality.There are few who've been able to successfully transition between acting and hosting duties, but Jill has broken down barriers with her inherent ability to do both. Jill wrapped her third season as the host of the INSP TV series Handcrafted America (2016), in which she traveled the country in search of talented artisans who continue to make sought-after contemporary products the traditional way: with their own two hands. Jill's enthusiasm and unique style of getting to the heart of the story and personalities behind some of America's most skilled workers is a big reason why the series has been successful.Hosting is nothing new for the beautiful North Carolina native. Jill spent seven seasons on ABC's hit reality series Wipeout (2008), in which she regularly interviewed and encouraged contestants competing on the world's largest obstacle course.On the acting front, Jill recently appeared in the breakout independent film Braven (2018), starring opposite Jason Momoa (Game of Thrones (2011)), who is also featured in the title role of the upcoming DC Entertainment feature Aquaman (2018). Jill also starred in MTV's hit series Teen Wolf (2011), in which she played Kate Argent, one of the main antagonists of the show's first and fourth seasons. After Jill's success on the series, she was asked to host the after-show, Wolf Watch (2014).Born in Winston-Salem, North Carolina, Jill and her brother were raised by their father, a former U.S. Marine and local tire shop owner, and by their grandmother. Jill attended North Carolina State University, from which she graduated cum laude with a degree in business.Family is very important to Jill, and she regularly chooses family-themed projects based on her grandmother's recommendations. Jill says, "My grandma loves to watch these kind of films, so the two of us made an agreement. Whenever any of these scripts comes my way I'll send them to her, and if she likes them I'll do them. I do these films for her." This family ethic has resulted in Jill's roles in such films as the Hallmark Channel's Autumn Dreams (2015) as well as the highly rated Christmas Cookies (2016), A Harvest Wedding (2017), Karen Kingsbury's Maggie's Christmas Miracle (2017), Pearl in Paradise (2018), and Christmas in Evergreen: Letters to Santa (2018).Jill is also actively involved in giving back. She's paid homage to her father and other military veterans by traveling overseas to such places as Afghanistan to support our troops, and her charitable involvement with the Leukemia and Lymphoma Society as well as her own "Jill's Closet for a Cure" campaign has raised tens of thousands of dollars to help find a cure for a disease that has touched the lives of so many people, including her own family.Fans still recognize Jill from her time as the spokesperson for Lincoln Mercury, when her popular television commercials were an effective campaign tool for the brand, as well as giving Jill widespread recognition within American households.Jill first made her mark in Hollywood when she was cast as the first female regular sketch performer on MTV's hit television series Punk'd (2003), opposite Ashton Kutcher. Memorable appearances included the "punking" of such celebrities as Katie Holmes, Usher Raymond, and Tommy Lee.On the big screen, Jill made a sensational horror debut starring in the award-winning feature Splinter (2008), opposite Shea Whigham (Boardwalk Empire (2010)). The film is a disturbing yet masterfully crafted horror feature in which Jill showcased her ability to carry top billing in a feature film and earned her a cult following.When not filming or pursuing new career aspirations, Jill regularly travels back home to North Carolina, where her grandmother continues to be a driving force in her life.As an actively involved woman who's dedicated herself to a regular fitness regime, Jill often says, "There's nothing better than cranking some classic rock in my headphones and hiking up a mountain." But whether she's climbing a mountain or taking on new challenges as one of Hollywood's most dynamic and versatile artists, this All-American Girl's message remains the same:It's the view from the top that makes it all worthwhile.

Mystery 101: An Education in Murder

Christmas in Evergreen: Letters to Santa

Christmas in the Smokies