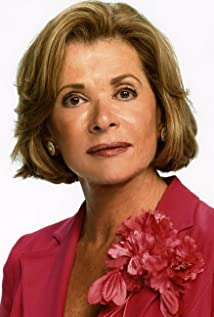 Acclaimed actress Jessica Walter was born on January 31, 1941 in Brooklyn, New York, the daughter of Esther (Groisser), a teacher, and David Walter, a musician who was a member of the NBC Symphony Orchestra and the NYC Ballet Orchestra. She was of Russian Jewish descent. Jessica was a graduate of New York's High School of the Performing Arts and the Neighborhood Playhouse School of the Theatre. She first acted in summer stock and her extensive subsequent career on the stage included productions both on- and off-Broadway. On Broadway, she appeared in Peter Ustinov's "Photo Finish" (which earned her the Clarence Derwent Award as Most Promising Newcomer), "A Severed Head", "Advise and Consent", "Night Life" and Neil Simon's "Rumors". Off-Broadway, she acted in a 1986 Los Angeles Theater Center production of "Tartuffe" opposite Ron Leibman (to whom she was married from 1983 until his death in 2019).After guesting on several TV series in the early and mid-1960s, Jessica made her move to feature films, attracting attention for her role as the brash Libby in Sidney Lumet's The Group (1966). This seemed to set the tone for her next screen personae as bitchy, difficult or even dangerously vindictive women. Certainly the most memorable of these characters was her obsessive Evelyn in Clint Eastwood's directorial debut Play Misty for Me (1971) which earned Jessica a much deserved Golden Globe nomination. She also stood out as Pat, the bored ex-glamour model wife of one racing driver (Brian Bedford) and troublesome girlfriend of another (James Garner) in Grand Prix (1966). Her numerous TV roles have included the enchantress Morgan LeFay in the rarely seen telemovie Dr. Strange (1978). Of her many screen villainesses she later said: "those are the fun roles. They're juicy, much better than playing the vanilla ingénues".By the 1980s, Jessica had turned increasingly towards comedy, both on the big screen (Slums of Beverly Hills (1998)) and the small (Three's a Crowd (1984)). However, she did not shy away from other genres, whether playing an EarthGov senator on the cult sci-fi series Babylon 5 (1993) or providing the voice for the leading female character in the animated sitcom Dinosaurs (1991). She received an Emmy Award for Best Dramatic Actress in the Ironside (1967) spin-off Amy Prentiss (1974) and was nominated for guest-starring roles in episodes of Trapper John, M.D. (1979) and The Streets of San Francisco (1972). Latterly, Jessica found a new audience among younger viewers as the devious matriarch Lucille Bluth in Arrested Development (2003). This turned out to become her own personal favourite role in a prolific and distinguished career which ended with her passing in her sleep on March 24, 2021 at the age of 80.