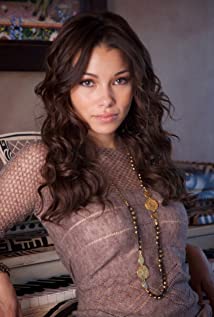 Jessica Parker Kennedy is a Canadian actress of film and television. Born in Calgary, Alberta her first string of screen work began with the television film, Santa Baby (2006), as Lucy the Elf, a role she reprises in the television film sequel, Santa Baby 2: Christmas Maybe (2009). With a repertoire of television credits, Jessica's continuing work ties with series such as V (2009), Undercovers (2010) and Smallville (2001). She made several supporting role appearances in television-made features, including Behemoth (2011) and Collision Earth (2011). Jessica has also appeared in high-profile movies, such as the biographical comedy 50/50 (2011), starring rising stars Joseph Gordon-Levitt, Seth Rogen and Anna Kendrick. She also had a role in the action film, In Time (2011), starring Justin Timberlake and Amanda Seyfried. Jessica is best known for her roles on Smallville and, more recently, on the supernatural drama, The Secret Circle (2011), as "Melissa". Jessica can be seen in the hit STARZ show, Black Sails (2014), and will be appearing in The Perfect Guy (2015) with Michael Ealy (2015). Jessica Parker Kennedy is also a trained singer and splits her time between Vancouver and Los Angeles.

Another Kind of Wedding