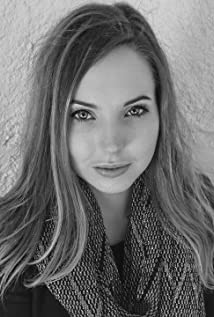 Jessica Messenger was born in Derbyshire, April 1989. Starting her performance career at the tender age of 3, she has spent an inordinate amount of time on both stage and screen. In her formative years, Jessica honed her talents as a Ballroom and Latin American dancer, before progressing onto contemporary dance, physical and musical theatre. At the age of 16 she attended the Northern School of Contemporary Dance on a summer scholarship. During her teenage years, Jessica was a member of a punk rock band, playing rhythm guitar and vocals. She has previously spoken about the impact of her wide range of performances and how they have helped her to become a better, more focused performer in later years. Between the ages of 16 and 20 she went on to do a number of dance and theatre showcases around the country, whilst studying at Burton college, following in the footsteps of previous alumni such as influential British director Shane Meadows and actor turned director, Paddy Considine. Jessica's dancing career climaxed with a show for the Mardi Gras at the world renowned Royal Albert Hall. After Jessica's time studying dance and performing arts on an academic scale, she went on to study film and television at The University of Derby. Here, it is understood, Jessica found her passion for the film industry and embarked on her acting career. Within the last 5 years, she has gone to work on a large variety of projects, with most her attention directed towards acting for film. In 2015 she took on a new role as producer as well as leading lady for an upcoming feature film production, set to shoot Spring 2016. Unsure of where the path leads, Jessica is most driven to the script that captures the heart, the art that catches the eye and the work that propels her to become the best artist she can be.

For We Are Many

Six Hot Chicks in a Warehouse