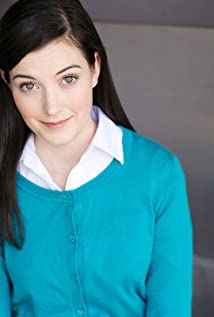 Jessica is a Southern California native, born in Yorba Linda in Orange County. Not the Orange County as seen on TV. More like the Nixon and horse trail Orange County. She received her Bachelor's Degree in Theatre from Northwestern University. Since moving to L.A., Jessica has studied sketch and improv at The Upright Citizens Brigade (UCB) and The Groundlings. She can be seen regularly performing at UCB with the musical improv teams Magic to Do and Baby Wants Candy. Jessica starred on the Fox sketch show Party Over Here, produced by The Lonely Island. Other television credits include Jalen Vs. Everybody (an ABC pilot that aired on ESPN) Fox's improv comedy series RIOT, The Goldbergs (ABC), The Hot Wives of Las Vegas (Hulu), @Midnight (Comedy Central), Adam Ruins Everything (TruTV) and Comedy Bang! Bang! (IFC). She has also voiced many a scrappy kid including roles on the upcoming DC's Superhero Girls (Cartoon Network), Craig of the Creek (Cartoon Network), Voltron (Netflix) and the lead in Little Big Awesome (Amazon). She is also one half of the musical sketch duo, The Zach and The Jess with Zach Reino. They've written musical sketches for Party Over Here, Buzzfeed, FunnyOrDie, Nickelodeon, and they created and starred in "Serious Music," a digital series for ABC. Jess and Zach also do a weekly improvised musical podcast called, "Off Book" on Earwolf. Between their podcast and UCB performances, Jess and Zach sometimes improvise four musicals a week. It's almost like it's no big deal to write a musical. Boom! Rodgers and Hammerstein ya been roasted!

Song of Back and Neck