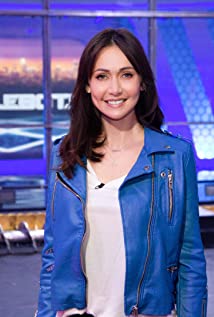 Jessica Chobot serves as the host for Nerdist News, Nerdist News Talks Back and Nerdist News: WTFridays over at Nerdist. She is the host of ESL's Player Vs Player on Hulu, and host/creator of the Bizarre States podcast on iTunes.Jessica spent the first half of her career at IGN Entertainment where she hosted the popular web shows, IGN Strategize and The Daily Fix. From there it was only natural for her to jump into television where she hosted G4TV's Proving Ground, alongside Ryan Dunn, and as a correspondent for G4's Attack of the Show and X Play. She also hosted the 2 part special, Sand Wars, on the Travel Channel. She is the sideline reporter for Season 7 of BattleBots on the Discovery Channel & Science Channel and had served as a judge on seasons 1 and 2 of BattleBots on ABC.Jessica's twelve year career has focused on in studio productions and event coverage, including the highly successful Nerdist News show, 343's Halo 5 live streamed launch event, The Coalition's Gears of War 4 live streamed launch event, and various other live events and e-sports coverage throughout the entertainment industry.As a notable and knowledgeable woman in the entertainment industry, Jessica Chobot has made appearances as an industry expert for ABC World News, Extra!, FOX News Live, CBS News and much more.

Vampire: The Masquerade: L.A. By Night