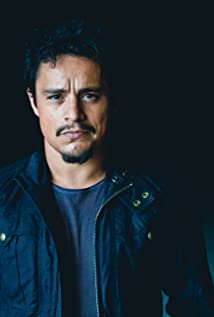 Jesse GarciaGarcia has been widely recognized for his role in the highly acclaimed "Quinceañera," winner of the Audience Award and the Grand Jury Prize at the 2006 Sundance Film Festival, and Official Selection for the 2006 Berlin Film Festival. For his performance as Carlos, Garcia was nominated and won the prestigious ALMA Award (American Latino Media Arts) as Outstanding Actor in a Motion Picture in 2007.Garcia, can most recently be seen in Joss Whedon's "The Avengers." Number one opening weekend film of all time, with $200.7 and over $1billion worldwide, to date. Other credits include, "A Beautiful Life," opposite Angela Sarafyan, "Periphery," opposite Steven Grayhm, Tessa Thompson, and Jess Weixler, and "Days of Wrath," opposite Wilmer Valderrama, Jeffrey Dean Morgan, Ana Claudia Talancon and Laurence Fishburne, where he plays Mario, the Kingpin of the Triple Sevens, in a story about the intertwining lives of a teacher, TV news crew and rival gang members. Also, in Hue Rhodes', "Saint John of Las Vegas,", opposite Steve Buscemi and Romany Malco. As well as, Youssef Delaras', "Bedrooms," with Julie Benz and Xander Berkeley, Mun Chee Yong's, "Where the Road Meets the Sun," Joshua Homnick's, "Los Foley Guys," with Rainn Wilson and Al Madrigal, the highly anticipated zombie flick "Re-Kill," the Broadway debut of the stage production of "The Pee-wee Herman Show."Garcia also appears in The Sundance 2007 film, "La Misma Luna," also known as "Under the Same Moon," alongside Kate del Castillo and America Ferrera. In addition, Garcia starred in Twentieth Century Fox's, "The Comebacks," where he plays a tough "rich-street kid" football player with an attitude.Born in Rawlins, Wyoming, Garcia spent most of his childhood in Hanna, WY, a town with a population of just over seven hundred people. His acting debut came in 1987 when he was cast in the challenging role of Brown Bear. With a winter coat turned inside out (to look like brown fur) and construction paper ears pinned to his hood, Garcia recalls that he presented a striking likeness to a real brown bear. With his lines memorized, blocking mastered and adrenaline surging, Garcia (6) was well prepared. He heard his cue line and crawled out of his cave, violently thrashing his head from side to side. With teeth bared and tonsils flaring, he reared up on his hindquarters pawing the air; then he growled with all his might - "RRRAAAWWWRRR!" The first graders (sitting on the floor of their small classroom) giggled. It was not exactly the reaction Garcia was aiming for, but from the mouth of that cardboard cave, an actor was born.Following this performance, Garcia took a 15-year hiatus from the show business industry to concentrate on his schoolwork. He received grants and scholarships for Co-Ed Cheerleading at Eastern Wyoming College and the University of Nebraska at Lincoln.In the middle of his first year at U of N, a classmate of Garcia's, Jennifer Jerosik, told him that she was moving to Atlanta, GA to study acting with Judson Vaughn, a filmmaker/actor/teacher who she'd heard speaking at a convention in Chicago. Instantly Garcia's Inner-Bear growled again and he decided he wanted to join her.After a 45-minute telephone interview, Garcia was accepted to study at WHAT Films, the film development/production company and training facility headed by Vaughn. A week later, Garcia dropped out of school, and he and Jennifer packed everything they owned into his 1993, burgundy Mercury Cougar and drove 1,580 miles southeast to Atlanta - not the quickest route to Hollywood, but his years in Atlanta prepared him well for what would become his profession. At WHAT Films he learned to act, write and to direct, and he got sound career advice from Vaughn and from writer/director Ben Taylor (Abgeschminkt!). Others at WHAT who were particularly helpful to Garcia included Roxzane Mims, Lavon Lacey, Chet Dixon and Ralph Price, to name a few.While in Atlanta, Garcia honed his comedic skills performing in "Sketchworks," Bob Harter, Della Cole and Jen Kelly's sketch comedy group. Garcia's first feature film role came when fellow WHAT Films actor Chet Dixon (Cold Mountain, Days of Wrath) prompted director Stacey Childers to cast him her film "Delivery Boy Chronicles."In Dec, 2003, he moved to Los Angeles in hopes of advancing his career. In 2005, he was featured in nine national commercials, including such major brands as McDonalds, Toyota, Avis, MGD, Bud Light, State Farm and others. His television and independent films included such projects as HBO's "Walkout," directed by Edward James Olmos, guest spots on FX's Sons of Anarchy, The Sarah Connor Chronicles, ER, The Shield, TNT's The Closer, Law and Order: CI, NCIS, Nickelodeon's Unfabulous, Jerry Bruckheimer's FOX series Justice and FX's Sons of Anarchy.As well as keeping busy with his acting career, Garcia has taken on the challenge of directing and producing. Producer and lead actor in a short feature titled, "American Identity," direct

Alexander and the Terrible, Horrible, No Good, Very Bad Day