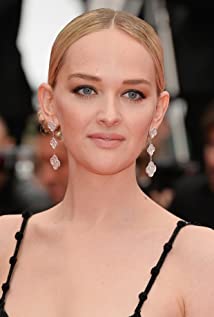 Jess Weixler is an American actress. She played Dawn O'Keefe in the comedy-horror film Teeth and Jordan in the comedy The Big Bad Swim. Weixler graduated in 1999 from Atherton High School in Louisville, Kentucky, where she also attended the Walden Theatre Conservatory Program and was in The River City Players acting group and in the Chamber Singers choral group. Subsequently, Weixler, attended Juilliard where she was a classmate of Jessica Chastain. She was a participant during the first year of Bruce Brubaker's InterArts performance project at Juilliard.In 2007 she was nominated for a Breakthrough Award at the Gotham Awards, and won the Special Jury Prize in Dramatic category For a juicy and jaw-dropping performance at the Sundance Film Festival, both for her role in Teeth. She also appeared in the TV series Law & Order: Criminal Intent. In January 2009, she was named by New York magazine as the "New Indie Queen" of the year and one of the fourteen "New Yorkers you need to know".In 2013, she joined the cast of CBS series The Good Wife, playing investigator Robyn Burdine. That same year she appeared in The Disappearance of Eleanor Rigby as the titular character's sister. The part was written specifically for her.Weixler next turned her hand to writing, penning the script for Apartment Troubles with her friend, and former roommate Jennifer Prediger. The two co-directed and co-starred in the movie. Apartment Troubles premiered at the 2014 Los Angeles Film Festival. It was picked up by Gravitas Ventures and given theatrical and VOD distribution in March 2015.On June 9, 2015, Variety announced that Jamie Bamber, Kellan Lutz, Jesse Williams, and Jess Weixler had joined the cast of a thriller film titled Money, directed by Martin Rosete and produced by Atit Shah.Weixler is married to Hamish Brocklebank, an English businessman and co-founder of Flooved.

The Death of Dick Long

The Disappearance of Eleanor Rigby: Her