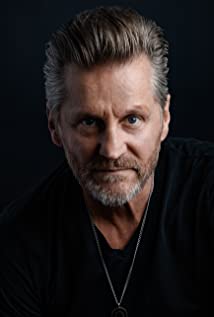 Jerry Trimble was born in Newport, Kentucky. He was an insecure, fearful and bullied kid. At age 14 he was inspired by Bruce Lee and began studying Taekwon-Do. In six months he began teaching the art. At 15, Jerry earned the rank of first-degree black belt and became the number one point fighter in the Midwest U.S. At 18, he started Kickboxing and won the "Kentucky State Championship".In April 1979 Jerry moved to Atlanta, Georgia. in pursuit of the World Championship. Fighting under the name "Golden Boy", he won a string of additional titles that include The "Georgia", "Southeast", "U.S." titles, and on April 26, 1986, he became the PKA and PKC Kickboxing Champion of the World. Jerry was rated by the international kick-boxing media as the flashiest fighter and fastest kicker in the sport, (His 'hook-kick' was clocked at 118 MPH) He was awarded the rank of sixth-degree black belt and hired by "Inside Karate" Magazine to write his very own column, entitled "Martial Arts a Way of Life."In April of 1990, Jerry retired from the ring and moved to Hollywood, California to embark on a career in the entertainment business. Within a few months, Jerry signed with a talent manager and his first two auditions resulted in leading roles in the same week.Jerry has been in many feature films and TV Shows that include "Heat", (playing alongside Al Pacino) "Charlie's Angels" Green Hornet, more recent roles include Chesapeake Shores, The Flash, iZombie, Supernatural, Travelers, Lost Boys and more.Jerry continues to fuel his ambitious drive into many different areas of the film industry that include acting, writing and producing, but Jerry's main ambition is to focus on the 'character actor' segment of acting. He enjoys a solid expanse of 'character' parts so he can exhibit his varied acting talent in a wide range of roles. Jerry is also a Youth Motivational Speaker who empowers teens to get out of their comfort zone, discover their gifts and go after their dreams. He uses his real-life experiences as proof that if an insecure, fearful, bullied teen like he was can make his dreams come true, anyone can. In 2018 Jerry was honored with the Joe Lewis Eternal Warrior Award. Jerry was inducted into the World Kickboxing League, Hall of Fame in 2019.Jerry has dual citizenship in the US and Canada where he continues to work as an Actor in the film industry and a Youth Motivational Speaker. for more info on Jerry Trimble www.JerryTrimble.com www.TrimbleTalks.com

She Made Them Do It

Bailout: The Age of Greed

Hunt for the I-5 Killer