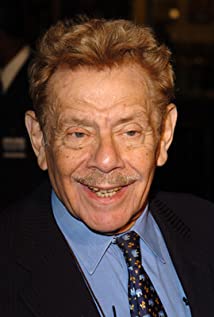 As the short, hypertensive male counterpart of the stellar husband-and-wife comedy team "Stiller & Meara", Jerry Stiller and wife Anne Meara were on top of the comedy game in the 1960s, a steady and hilarious presence on television variety, notably The Ed Sullivan Show (1948), on which they appeared 36 times. Decades later, his career was revitalized in the role of the raucous, gasket-blowing Frank Costanza on the sitcom classic Seinfeld (1989).Jerry Stiller was born in the Unity Hospital in Brooklyn, New York City, New York, to Bella (Citron) and William Stiller, a bus driver. His paternal grandparents were Jewish immigrants from Galicia, and his mother was a Polish Jewish immigrant, from Frampol. Stiller was, in the beginning, a drama major at the Syracuse University. Though he had played rather uneducated, blue-collar sorts for most of his career, he received a Bachelor of Science in Speech and Drama before making his 1951 acting debut on stage with Burgess Meredith in "The Silver Whistle". While a member of the improvisational team The Compass Players (the company later evolved into the well-known Second City troupe), he met Anne.They married in 1954 and began touring together on the national club circuit while giving new and inventive meaning to the term spousal comedy. After well over a decade of fame together, they decided to pursue individual successes and both found it. A Broadway favorite in such shows as "Hurlyburly", "The Ritz" (he later recreated his role on film), "The Golden Apple", "Three Men on a Horse", "What's Wrong with This Picture" and "The Three Sisters", Stiller even appeared with Kevin Kline and Blythe Danner as Dogberry in William Shakespeare's "Much Ado About Nothing" in 1988. Musicals were not out of his range, either, as he created the role of Launce in "Two Gentlemen of Verona" and co-starred as Nathan Detroit in a production of "Guys and Dolls". Although he kept afloat on television as a 1970s regular on The Paul Lynde Show (1972) and Joe and Sons (1975), he had some rocky years and Anne's pilot fizzled when they reunited for a possible "Stiller & Meara" sitcom.Then came eight seasons as Frank Costanza and his character star was reborn. Nominated for a 1997 Emmy Award and the recipient of the 1998 American Comedy Award, Stiller found back-to-back sitcom hits with The King of Queens (1998) as the irascible Arthur Spooner. He has also appeared in a number of his successful son, Ben Stiller's, comedy pictures including Heavyweights (1995) and Zoolander (2001). Daughter Amy Stiller is also a thriving actress. He and Anne have written, performed and produced award-winning radio commercials together for such products as Blue Nun Wine, United Van Lines and Amalgamated Bank, among others. His autobiography "Married to Laughter" came out in 2000.

Swinging with the Finkels