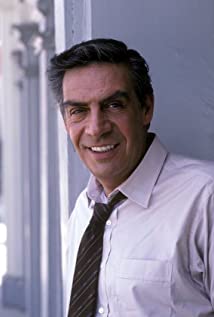 Jerry Orbach was born in the Bronx, New York, the only child of Leon Orbach, a former vaudevillian actor, was a German Jewish immigrant, who was born in Hamburg, Germany, and Emily (nee Olexy), a radio singer, was born in Pennsylvania to immigrant Polish-Lithuanian Roman Catholic parents, Alexander Olexy and Susanna (nee Klauba). The family moved frequently. He spent part of his childhood in Nanticoke, Pennsylvania and eventually settled in Waukegan, Illinois, where he went to high school.The constant moving made him the new kid on the block and forced him to become "a chameleon" to blend in his new settings. He studied drama at the University of Illinois and at Northwestern University. He then went to study acting in New York and got constant work in musicals. He slowly pushed to get acting roles in television and films after being overlooked due to his musical roots.Orbach died at age 69 on December 28, 2004, after a decade-long battle with prostate cancer. His widow, Elaine Cancilla Orbach died on April 1, 2009, from pneumonia. Orbach and Cancilla both predeceased Orbach's mother, Emily Orbach, who died on July 28, 2012, at the age of 101.

Beauty and the Beast: The Enchanted Christmas

Aladdin and the King of Thieves