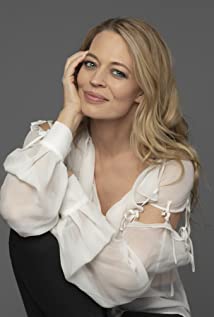 Jeri Ryan was born Jeri Lynn Zimmerman on February 22, 1968 in Munich, West Germany, to Gerhard Florian Zimmerman, a Master Sergeant in the United States Army, and his wife Sharon, a social worker. She and her older brother Mark grew up on several military bases, including Kansas, Maryland, Hawaii, Georgia and Texas. Finally, at age 11, her father retired from the Army and her family settled down in Paducah, Kentucky. After graduating from Lone Oak High School in 1986, she attended Northwestern University Chicago as a National Merit Scholar. While studying there, she won a number of beauty contests (a.o.- sixth annual Miss Northwestern Alpha Delta Phi Pageant in 1989).With a B.S. degree in Theatre, she came to Los Angeles, California and since then she has been on several television series and films - including popular series like Matlock (1986), Melrose Place (1992) and Star Trek: Voyager (1995) as well as Dark Skies (1996). Her television experience also includes roles in a variety of telefilms including Nightmare in Columbia County (1991), NBC's In the Line of Duty: Ambush in Waco (1993), Co-ed Call Girl (1996), The Sentinel (1996), Men Cry Bullets (1998), Dracula 2000 (2000), The Last Man (2000) and Down with Love (2003). Jeri Ryan resides in an area of Los Angeles, California with her husband chef Christophe Eme, her son Alex and daughter Gisele.

Against the Wild 2: Survive the Serengeti

Secrets in the Walls