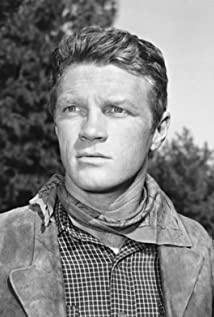 Born by the Atlantic Ocean, Jeremy Slate also had a Pacific Ocean view when he lived in Malibu, California. In between oceans he has traveled the world.He attended a military academy, joined the US Navy at 16 and was barely 18 when his destroyer joined the invasion of Normandy on D-Day (June 6, 1944). Aboard that destroyer at Omaha Beach that day, he vowed if he survived the attack he would make his life a never-ending series of adventures. He has lived up to that promise with adventures as a lifeguard, a swimming instructor, the first person to swim across the Long Island Sound after the war, college graduate with honors in English, writer, songwriter, screenwriter, a radio announcer, actor and director.After the war he attended St. Lawrence University, graduating with honors. He was president of the student body, editor of the college literary magazine, a football player and backfield coach of the only undefeated freshman team in the school's history. A campus radio personality in his senior year, he married the queen of his fraternity's ball. Chosen for the school's honor society, he was a big man on campus. After graduating, he became a professional radio sportscaster and DJ for CBS and ABC affiliates while beginning a family that ultimately included three sons and two daughters, but unfortunately the marriage ended in divorce.As a young man with a growing family, he had a promising career as a public relations executive with W.R. Grace and Co. For six years he worked for Grace as travel manager for its president, Peter Grace. He then joined the Grace Steamship Line and moved with his family to Lima, Peru.While in Peru he joined a professional theater group and became involved with the production of "The Rainmaker" at the Professional English Language Theater in Lima. He was awarded the Tiahuanacothe, the Peruvian equivalent of the Tony award, for his portrayal of the character Starbuck. After a year of training, he left W.R. Grace to pursue a theatrical career and was cast in a small, significant role in the Pulitzer Prize-winning play, "Look Homeward, Angel" on Broadway and did 254 performances.Known as one of the more talented members of Hollywood's beach boy set of the 1960s, Slate sent feminine hearts aflutter as the star of the 1960 TV series The Aquanauts (1960). His career included numerous guest-starring roles in popular television programs of the 1950s and 1960s. He guest-starred in nearly 100 television shows as well as appearing in 20 feature films.While about half of his portrayals have been heavies, Jeremy is equally adept at comedy and has worked with some of Hollywood's best. He was punched out by Elvis Presley in Girls! Girls! Girls! (1962), Frankie Avalon broke a guitar over his head in I'll Take Sweden (1965), he was knocked silly by Van Johnson in Wives and Lovers (1963), was shot by John Wayne in True Grit (1969), died spectacularly while trying to save the Duke's life in The Sons of Katie Elder (1965), was shot between the eyes by Billy Jack (Tom Laughlin in The Born Losers (1967) and went up in flames in The Lawnmower Man (1992). Jeremy wrote the screen story for Hell's Angels '69 (1969). During the filming of this biker film (which he described as a "western on wheels") he broke his leg, and never rode a motorcycle again.An accomplished country-and-western songwriter and a BMI member, Jeremy wrote the lyrics to the Tex Ritter top-ten song "Just Beyond the Moon" and also wrote the lyrics for "Every Time I Itch (I Wind Up Scratchin' You)" recorded by Glen Campbell on Capitol Records.Jeremy Slate died on November 19, 2006, from complications following surgery for esophageal cancer.