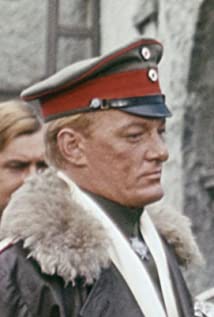 This fair-haired, craggy-faced English character actor was born Edmund Jeremy James Walker, scion of Yorkshire landed gentry. After national service with the Gordon Highlanders and the Black Watch, Kemp adopted his mother's maiden name as his stage moniker and studied acting at the Central School of Speech and Drama in London. He then made the rounds of repertory theatre and joined the Royal Shakespeare Company at the Old Vic for two seasons. On the London stage from 1958, he tended to specialise in portraying military or aristocratic types. That same year, Kemp won the Carleton Hobbs Bursary award which led to a six-month contract with the BBC's Radio Drama Company.His screen career had actually begun four years earlier but had not amounted to much until the early 60s. Kemp spent a year as PC Steele in the original cast of the long-running police series Z Cars (1962) and his consequent popularity ensured that a number of juicy (mainly military) roles came his way on both the small and the big screen: Squadron Leader Tony Shaw in the wartime POW drama Colditz (1972), the aristocratic German fighter ace Willi von Klugermann mentoring The Blue Max (1966), the spy Colonel Kurt Von Ruger in Darling Lili (1970), Brigadier General Armin von Roon in The Winds of War (1983) (and its sequel) and General Horatio Gates in the miniseries George Washington (1984). He was also a memorably crusty Robert Picard, Patrick Stewart's conservative older brother in Star Trek: The Next Generation: Family (1990).Though once described as "a sinister-looking bloke with a smile like a razor", Kemp was a confident, natural performer with a larger-than-life personality. He was not averse to occasionally spoofing his screen personae, which he did to brilliant effect in The Prisoner of Zenda (1979) (as Prince Michael) and in Top Secret! (1984) (as the East German General Streck, featuring in some of the film's funniest scenes).Jeremy Kemp retired from acting in 1998 and died after a long illness on July 19 2019 at the age of 84.

When the Whales Came

The Adventures of Sherlock Holmes