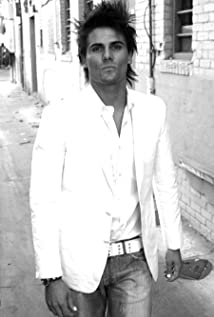 Jeremy Jackson At the tender age of six, Jeremy Jackson got his first taste of show business, booking his first successful commercial for Mattel. From this Jeremy exploded onto the commercial scene starring in dozens of national network ad campaigns including television and print. In addition to his commercial work Jeremy dabbled in daytime television with a seven-episode run on the soap opera Santa Barbara, and got his first feature film shot with a small roll in Shout starring John Travolta. With hard work and determination, he accomplished all of this before his tenth birthday. Soon after in 1990, the ten year old Newport Beach native beat 3,000 other child actors, including a young Leonardo DiCaprio, for the role of Hobie Buchanon on the 90's phenomenon Baywatch. His character remained on the show for its entirety running through 1999. In the midst of all this success Jeremy's creativity did not stop at television. In 1992 Jeremy starred alongside Oscar winning actress Sally Kirkland in the short film The Bulkin Trail for which he received a Youth and Film Award nomination for Best Actor. During his successful acting career Jeremy soared into the music industry releasing two full length albums yielding two top ten hits, several singles, and launching him into a full European tour. His creative endeavors were honored when he was invited into the World Music Hall of Fame and in 1996 with his induction into the Young Hollywood Hall of Fame. Right out of the gate, Jackson's success seemed to skyrocket; gaining momentum with no regard to gravity. However, underneath the incredible success story was an all-too-familiar and all-too-unfortunate twist. During his time on Baywatch, the golden boy surfer from Newport Beach developed a serious substance abuse problem. In 2000, following an arrest, Jeremy decided to change his ways, and committed himself into drub rehab. Since then he has remained clean and sober, and, using his kind heart, natural charisma and magnetic personality, has helped countless peers through their struggles with addiction. In 2003, Jeremy established an invaluable business relationship with Christian Audigier marketing his new clothing line Von Dutch. After the success of the line, Audigier employed Jackson's talents to help catapult his newest line, Ed Hardy. In his time as an event coordinator for Audigier, Jackson has produced over 170 fashion events in 35 states and 5 countries. In 2004, Jeremy tried his hand in film production in addition to starring in some independent films. However, his reemergence onto the scene took a major stride when former child stars turned producers, Jason Hervey and Scott Baio contacted him about their new reality show. The show, VH1's Confessions of a Teen Idol, aired in January 2009, and follows several child stars in their journeys to reclaiming the fame they once had. Since then, Jeremy has moved from his roots in Newport Beach and traded the laid back beach lifestyle in for the life of a busy artist in the heart of Los Angeles. Jeremy is committed to attending scene study classes, working with his acting coach, taking meetings and auditions all while staying dedicated to his newly found passion for health and fitness. He most recently landed the role of Federal Bureau investigator Jason Gallion acting opposite James Caan and an all star cast in the true life story, Barry Minkow, set for release on the "big screen" in 2010 In 2012 Jeremy set out to accomplish a lifelong goal, Brazilian Jiu Jitsu training. Committing to the immensely successful Body By Vi 90 Day Challenge,Jeremy and a few close friends arranged, not only train, but to compete in their very first Jiu Jitsu tournament after only 90 days of training. Jeremy found Master Marcus Vinicius Delucia, close by at Beverly Hills Jiu Jitsu Club, and began instruction. After just three months of intense daily training sessions, Jeremy competed at the 5th American Cup and went home empty handed losing his first match by points. Since that loss Jeremy has been committed to training, inspired by the never ending learning process, the always evolving art, the unattainable perfection, and an absolute love for Brazilian Jiu Jitsu. Jeremy has since acquired many gold metals as well as silver and bronze.Jeremy passion for Jiu Jitsu lead him to International Brazilian Jiu-Jitsu Federation tournament competing and working with his new found family and friends in the sport he loves so much. Jeremy continues to devote his time to the betterment of himself and others while maintaining a firm commitment to acting classes, fitness and nutrition programs, and preparing himself to grow in the entertainment industry. He is an accomplished Brazilian Jiu Jitsu competitor, surfer, snow and wake boarder, musician, D.J., and emcee.