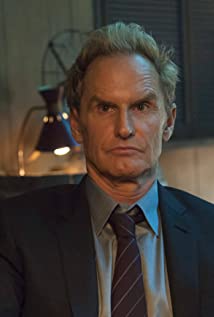 Best known for his roles "Kirk Morris" and "Jack Farrell", with his sharp, raspy nasal voice, sneering smile and fierce look, Burns has made himself really an actor to watch. He was drawn to acting late in college. After graduating, he re-established himself in New York and landed the title role of "Don Juan" at the New York Shakespeare Festival. He made his official TV debut in a small role in ABC Afterschool Specials (1972) ( Mom's on Strike (1984)). He got memorable recurring roles as felons, like the pathological rapist "James Fitzsimmons" in several episodes of the NBC drama series Hill Street Blues (1981) and body collector "Breugel" on Max Headroom (1987). By 1988, he broke through and the landed plum role of "Kirk Morris", a member of the "One-Two-One" club on Dear John (1988), a remake of the hit British sitcom. That role brought him instant recognition. He got cast in many similar roles after that. In 1993, CBS gave him the role (another Kirk Morris-like) of "Arnan Rothman" in Crocodile Dundee in Los Angeles (2001), the villainous "Cade Dalton" in the NBC miniseries The Gambler Returns: The Luck of the Draw (1991), and as a member of the loud, bickering, feuding family in Greedy (1994) and, in 1993, he was brought in as the hateful "Pete Schmidt", the vice-president of sales, for the last season of Bob (1992). This Bob Newhart series was a huge flop, despite Newhart's winning track-record and Burns' strong performance (probably because Bob played an angry, cynical and short-tempered grump, which wasn't what he was so famous and loved for). Burns has played other Kirk-like roles, but despite his track record of playing pure scum, he managed to get a different part in Something So Right (1996) as "Jack Farrell". Jere Burns still plays the most self-deconstructing and humbling role of his career to date (somewhat akin to his "Something So Right"), as the neurotic, nervous, self-humiliating "Frank Alfonse" on Good Morning, Miami (2002).