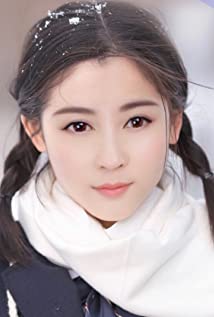 Jennifer Tao Biography Jennifer Tao was born in Shanghai, China, August 28th. In her earliest years, Jennifer began absorbing art and craft from the Master who taught her painting and calligraphy, she showed high talent and broad interest in art field. Until today she grows up to be an actress.model and producer both in China and the United States. In 1999, Jennifer went to Shanghai Theatre Academy to systematically studied film and television performance, whose tutor Mr. Zhang Ying Xiang gave her a high requirement and expectation. Jennifer's career began when she started taking advertisements as model among 1998---1999. She accomplished 180 works during the college time. Shortly thereafter In 1999, Jennifer was cast in her first movie National Anthem. directed by Wu Zi Niu. She played the role of Hu Die who was the famous movie stars during 1930's China. In the same year, Jennifer participated the movie Voice of the nation which gained the Lu Ban Film Award in China, that brought her a brilliant appearance into the public. In 2002, she was nominated for two productions: one was the Hongkong TV series, named Empress, Emperor down Jiangnan . one was the first air crash movie in China, named Crash Landing. directed by Zhang Jian Ya , which gathered a group of outstanding young and middle-aged actors, with a strong lineup. After appearing in major roles in Taiwai TV Series "Chinese Wives": I.True Love2003.acted as female number two "Ming Yue"; II.Loving My Husband and Sons 2007. acted the main role "Jin Ye"; III. Remarry 2009.acted the main role "Jiao Jiao" . Jennifer garnered widely spread attention for her performance in these series. Since 2013 she decided and prepared to go abroad for the further education to America. In 2015, Jennifer started her new courses of History of Film Development at Pasadena City College, Los Angeles. One year after at 2016, she established the Universal Films Corporation in the US. Jennifer's big break came when she played the role of Eve in River Runs Red 2018 which landed her first heroine in American movie as an Chinese actress, which leading her open an brand new age in movie and drama world.