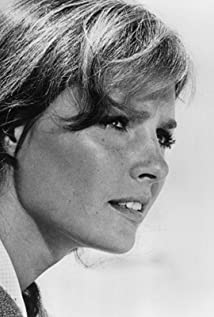 Jennifer O'Neill was born in Rio De Janeiro, Brazil, on February 20, 1948. Her father Oscar (who died 2009 at age 91) was of Irish-Spanish descent and her mother Irene ("Rene") was English. Whereas Elvis Presley was riding high on the fame of his hit record, "Blue Suede Shoes", in 1956, in 1957--when Jennifer was nine yeas old--schoolmates humiliated her over a pair of pink suede shoes. Things got worse when her parents refused to buy her a horse (she has always loved horses), and got her a cat, instead.At age 14 she attempted suicide with her mother's sleeping pills; her parents only saw this as an attempt for attention. She woke up from a two-week coma to find that the incident had shocked her body into getting her period. She continued to ride horses every chance she could. However, at age 15 she broke her back and neck in three places when a horse she was riding fell on her. There would be no more horseback riding when her family moved from Connecticut to New York City soon after.O'Neill started her highly successful modeling career in New York City and later in Paris, also when she was only 15, as a means to make money to buy her own horse. By age 15 she had also surrendered her virginity to a 20-year-old boyfriend in college--" . . . so he would love me"--who had given her his fraternity pin. She was a student at Dalton School in Manhattan, and she got into New York's Neighborhood Playhouse for aspiring actors, but dropped out to get married at age 17.Her first film was For Love of Ivy (1968). Although it was a small start, she did attract the interest of director Howard Hawks, who cast her to star opposite John Wayne in Rio Lobo (1970). Her agent fought hard to get her an audition for the main role in the surprise sleeper, Summer of '42 (1971). This movie gave her national and international recognition, despite her having appeared for only 12 minutes; unfortunately, she would never have such a great role or film again. She continued to appear in profitable, though less critically acclaimed, movies, from Lady Ice (1973) through Scanners (1981). In 1976 she was briefly in Europe, where she appeared in The Flower in His Mouth (1975) (aka "The Flower in His Mouth), as school teacher Elena Bardi, her only European film, in which she appeared totally nude. She also worked with Italian director Luchino Visconti, and gave an award-winning performance in his last film, L'Innocente (1976). At age 49 she appeared in the 1997 Playboy Channel cable TV movie The Corporate Ladder (1997).However, she is most remembered for her decades-long "Cover Girl" campaign--in an industry where some models are "over the hill" at age 25, she had a 30-year run with this makeup product. Due to this long-standing contract, she is listed in the Smithsonian Institute's American Museum of History, Center for Commercial Advertising.O'Neill has had her ups and downs, successes and failures, marriages and divorces, and tragedies. She married her first husband, at age 17, in 1965 and had a daughter, Aimee Rossitter. During her first marriage she checked herself into a mental hospital for treatment for mental stress and underwent electroshock therapy. O'Neill got her first divorce in 1971 and had an abortion before she married her second husband in 1972, this time to former advertising executive and novelist and student of Eastern philosophy Joseph Roster, but that marriage also ended in a divorce, in 1974. O'Neill relates in her 1999 autobiography that it was only at age 24 with this second husband that she began to experience orgasms, having had " . . . no idea of what a woman was capable of experiencing physically until this relationship."O'Neill married her third husband in 1975, Nick De Noia, her producer and choreographer; he was also the original choreographer for the Chippendale dancers. She divorced him in 1976; he was found shot to death with a large-caliber handgun in April of 1987.O'Neill married husband #4 in 1978--Jeff Barry, a British drummer, singer and songwriter ("Leader of the Pack"; "I'm a Believer"; "Sugar, Sugar"), but divorced him in 1979.O'Neill then married her manager, John Lederer, husband #5, in 1979 and he gave her a son, Reis. However, he also went through all her money. O'Neill knew at the time of the marriage that he was a convicted felon, but married him anyway; Lederer was subsequently convicted of sexually abusing her daughter Aimee three to four times a week for more than four years. O'Neill divorced Lederer in 1983.She amassed money again and had a son, Cooper, with husband #6, Richard A. Alan, her limo driver with whom she went on a blind date and married him in 1984. Alan was unfaithful to her with prostitutes and she divorced him in 1987 but re-married him in 1993; Alan later divorced her.At age 44 O'Neill married husband #7, Neil L. Bonin, in December of 1992 in Travis, TX, during a cross-country car trip, O'Neill's five-year-old son serving as the best man. O'Neill had met Bonin in a New York resta

Perry Mason: The Case of the Shooting Star

A Force of One