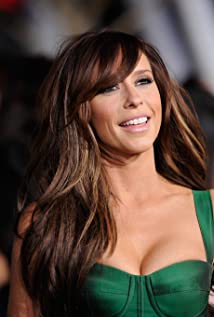 Jennifer Love Hewitt was born in Waco, Texas, to Patricia Mae (Shipp), a speech-language pathologist, and Herbert Daniel Hewitt, a medical technician. She has English, Italian, French, Scottish, and German ancestry. She got her first name from her older brother Todd Daniel Hewitt (b. November 8, 1970), who picked the name after a little blonde girl he then had a crush on. Her mother selected Jennifer's middle name, Love (which she goes by offstage), from her best friend at college. Her parents separated when she was six months old. She was raised by her mother in Harker Heights, Texas. She made her official performing debut at age 3 where she sang at a livestock show. At age 5, she was taking tap, jazz, and ballet lessons which led her to joining the Texas Show Team, which toured the Soviet Union and Europe. At age 10, the family moved to L.A. with the encouragement of talent scouts, while Todd stayed behind to finish high school in Texas. Jennifer quickly found commercial work and a role on Disney's Kids Incorporated (1984) in 1984. She went through a series of television flops before finally hitting it big on Party of Five (1994) in 1995.