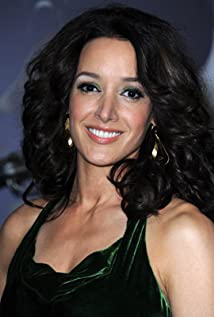 Jennifer Beals is an internationally renowned actress who has over 90 credits to her name, including critically acclaimed feature films and some of the highest rated television series to date. Beals is currently executive producing and returning as a lead cast member in the revival of her hit original series THE L WORD: GENERATION Q. The highly anticipated series will launch in December 2019 on Showtime. The ground-breaking lesbian-focused drama THE L WORD originally aired for six seasons. For her performance as Bette Porter, Beals received the prestigious GLAAD Golden Gate Award, as well as two NAACP Image Award nominations and a Satellite Award nomination. In 2012, Beals was presented with the Human Rights Campaign's Ally for Equality Award for her support of the LGBT community. Additionally, Beals and The L Word's Ilene Chaiken are set to executive produce the Freeform series "The Seven Husbands of Evelyn Hugo," an adaption for Taylor Jenkins Reid's acclaimed novel.Beals and filmmaker Tom Jacobson created the concept for the new novel, The Hive. The book is a gripping thriller set in the near future that focuses on escalating mob violence that ensues from online shaming and internet bullying. Released in September 2019, the novel was named one of People Magazine's 'Best Books of Fall 2019.'Throughout her accomplished film career, Beals has worked with many of the industry's most acclaimed filmmakers and talent. She co-starred alongside Denzel Washington and Gary Oldman in the blockbuster THE BOOK OF ELI and starred opposite Garry Marshall, Faye Dunaway and Brendan Fraser in TWILIGHT OF THE GOLDS, for which she won a Golden Satellite Award. Beals was featured among an all-star cast including Dustin Hoffman, Gene Hackman and Rachel Weisz in the crime thriller RUNAWAY JURY. She also starred in THE MADONNA AND THE DRAGON from legendary film director Samuel Fuller. More recently, Beals co-starred in the feature film MANHATTAN NIGHT, opposite Adrien Brody and Campbell Scott, as well as AFTER, the film adaption of Anna Todd's series of bestselling young adult novels alongside Josephine Langford and Hero Fiennes Tiffin.On the television side, Beals recurred in the Amazon series THE LAST TYCOON, receiving critical acclaim for her performance as Hollywood starlet Margo Taft. Los Angeles Magazine proclaimed "Beals stole every scene she's in as a ball-busting, piece-of-work Joan Crawford goddess with a very American secret" and Indiewire named her "the shows biggest stand out." Beals was also seen as the female lead in TAKEN, NBC's straight-to-series adaptation of the hit movie franchise, and co-starred in the Warner Bros TV/DC series SWAMP THING, released in May 2019. Beals starred in the TV movie A WIFE'S NIGHTMARE, for which she received a Canadian Screen Award nomination. Notable television credits include TNT's PROOF, NBC's medical drama THE NIGHT SHIFT and the FOX series THE CHICAGO CODE alongside Jason Clarke.For her role in the iconic film FLASHDANCE, Beals earned a Golden Globe nomination and an NAACP Image Award for Best Actress. Beals starred in A HOUSE DIVIDED, for which she was nominated for a Satellite Award. Some of her acclaimed independent film projects include IN THE SOUP opposite Steve Buscemi, which won The Grand Jury Prize for Best Dramatic film at the Sundance Film Festival, and CINEMANOVELS which premiered at the Toronto International Film Festival. Beals extensive credits include films such as RODGER DODGER, MRS. PARKER AND THE VICIOUS CIRCLE, FOUR ROOMS, BEFORE I FALL and DEVIL IN A BLUE DRESS, which earned her another NAACP Image Award nomination. Beals received the Maverick Tribute Award at the Cinequest San Jose Film Festival in 1999.In addition to her work on-camera, the C40 Cities Climate Leadership Group recently named Beals a 'C40 Goodwill Ambassador.' Beals' partnership with C40 will help raise awareness about the bold climate action underway in leading cities driving forward solutions to the climate crisis worldwide. Through her ambassador role, she will support and amplify the voices of inspiring young climate activists in raising awareness of the current climate emergency. Additionally, Beals will also play a leading role in C40's Women4Climate Initiative, helping to celebrate the incredible leadership being delivered by women around the world in climate action.Originally from Chicago, Beals attended Yale University, where she graduated with honors.