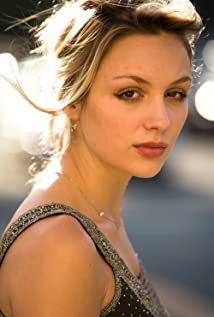 Jenna Harrison is a British actress, she was born in Gorleston, Norfolk, England and lived in the Netherlands and Germany before settling in the UK. Jenna's career on screen came about while at sixth form college. Actor Adrian Rawlins suggested she audition for the feature film My Brother Tom co- starring Ben Whishaw. Jenna won the role. Roles in television and film followed including The Cambridge Spies for the BBC, independent feature Telling Lies with Jason Flemyng, and submarine drama Submerged starring Sam Neil. Other television works include: Endeavour (ITV), Jonothan Creek Christmas Special (BBC), and The Impressions Show (BBC). She has played leading roles in adaptations of Stranded and Confessions of an Ugly Stepsister for Hallmark and 12 Days of Terror for CBS. Theatre roles include playing Charlotte Goodall in Night of the Iguana at the West End's Lyric Theatre with Woody Harrelson. Most recently Jenna has starred in thriller Chimera opposite Kathleen Quinlan and Henry Ian Cusick to be released in 2018.