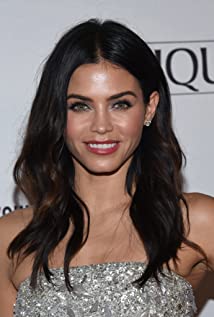 Jenna Dewan is an actress, former model, and dancer. She was born on December 3, 1980 in Hartford, Connecticut, to Nancy (Bursch) and Darryll Dewan. Her father is of half Syrian Lebanese and half Polish descent, and her mother has German and English ancestry. Jenna grew up in Grapevine, Texas and discovered a love for dancing at the age of five. She is a graduate of Grapevine High School and has also attended the University of Southern California, where she was a member of Pi Beta Phi. Jenna was discovered by a dance agent and toured alongside some of the greatest in music entertainment, most notably Janet Jackson and Ricky Martin. She has also appeared in several music videos for artists such as Justin Timberlake, Mandy Moore and Missy Elliott. She has also appeared in several television sitcoms, including Quintuplets (2004), The Young and the Restless (1973) and Joey (2004). Jenna is most noted for her role as Nora Clark in the movie, Step Up (2006), in which she played an accomplished dancer.Jenna married actor Channing Tatum, in 2009. They have one child, a daughter.

Witches of East End Season 1: Falling Under Their Spell