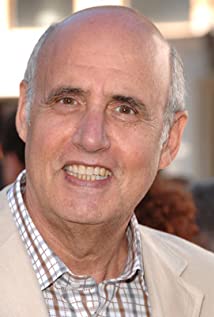 An incisive presence when it comes to playing bent, off-the-wall characters, Jeffrey (Michael) Tambor has been captivating audiences for nearly four decades in both comic and dramatic projects. Born (July 8,1944) in San Francisco to Eileen (Salzberg) and Michael Bernard Tambor, a flooring contractor, he was raised there. His family is Jewish (from Hungary and Ukraine).Following graduation from Abraham Lincoln High School, Jeffrey studied acting at San Francisco State University and earned his BA degree there. Following his Masters at Wayne State University, he started building up his resumé with repertory theaters in such places as Seattle and Milwaukee.He was first seen on episodic TV in the late 1970s in both comedies ("Taxi," "Barney Miller") and dramas ("Kojak," "Starsky and Hutch," ). A large, somewhat looming fellow, his sly-eyed look, obnoxious attitude and leering gaze, matched with a bright set of pearly teeth and stark pattern baldness, made him a natural for broad, warped comedy. The folks at Three's Company (1976) thought enough of Jeffrey to cast him on the show's spin-off series The Ropers (1979) starring Norman Fell and Audra Lindley. He and Patty McCormack played the Ropers' chagrined neighbors. While the series only lasted a season, "Three's Company" continued to use him as a guest on their mainstay series where he brightened several episodes standing toe-to-toe with John Ritter and sharing several classic scenes with his noticeably bizarre gents.On the legitimate stage, he has been an earnest player over the years with Broadway performances in "Sly Fox" (Bdwy debut), "Glengarry Glen Ross" and the musical "La Cage aux Folles." Additional roles include "Measure for Measure," "The Play's the Thing," "A Flea in Her Ear" (Dramalogue Award) and "The Seagull." On the side, Jeffrey has directed a number of stage productions and taught acting at one time in the Los Angeles area.Although not as well known for his film work, Jeffrey made a strong impression with his film debut in And Justice for All (1979), in which he played Al Pacino's half-crazed law partner. He went on to enhance a number of other movies including The Dream Chasers (1984), Mr. Mom (1983), Brenda Starr (1989), Radioland Murders (1994), Doctor Dolittle (1998), Pollock (2000) and played the Mayor of Whoville in How the Grinch Stole Christmas (2000).Having more success on the smaller screen, Jeffrey's fondness and talent for the weird and wacky found several nesting roosts. He played a blind university professor in the comedy series Mr. Sunshine (1986); had a recurring role as a cross-dressing judge on Hill Street Blues (1981); played a neurotic producer in a regrettably short-lived satire way ahead of its time -- Max Headroom (1987); and a cynical news editor in the equally short-lived Robert Urich comedy American Dreamer (1990); and a co-star lead with John Lithgow as two aging single guys in still another comedy Twenty Good Years (2006).Award-worthy series performances began with Jeffrey's Emmy-nominated for his quirky work as Larry's "Ed McMahon" sidekick on The Larry Sanders Show (1992); his underhanded tycoon and dysfunctional Bluth family patriarch on the series Arrested Development (2003), which earned him several Emmy nominations; and his most poignant role as transgender woman Maura Pfefferman in The Norman Paris Trio, winning two Emmys and a Golden Globe. Tambor's unique voice has been highly suited for animated series, providing voices for China, IL (2008) (as Professor Cupcakes); Rapunzel's Tangled Adventure (2017) (as Big Nose); 2758770] (as Glossaryck).Film work into the millennium included a rare romantic comedy starring role with Jill Clayburgh in Never Again (2001), Get Well Soon (2001), Malibu's Most Wanted (2003), Marked! (1993), Slipstream (2007), Hellboy II: The Golden Army (2008), The Invention of Lying (2009), Win Win (2011), the top-billed role in Meeting Spencer (2011), Flypaper (2011), the Jim Carrey fantasy Mr. Popper's Penguins (2011), Branded (2012), Banánové rybicky: Jak vyuzít chut (2004), The Accountant (2016) and The Death of Stalin (2017).In February 2018, Amazon Studios fired Tambor from the The Norman Paris Trio series after multiple allegations of sexual harassment against the actor arose.