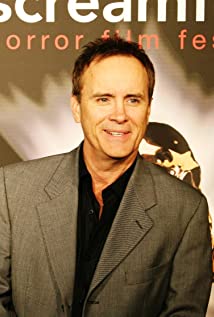 Jeffrey Combs was born on September 9th, 1954 in Oxnard, California. He grew up in Lompoc, California with a plethora of siblings both older and younger. He attended the Pacific Conservatory of the Performing Arts in Santa Maria, and the Professional Actor's Training Program at the University of Washington in Seattle. He spent about four years in regional theater performing at the Old Globe Theatre in San Diego, the Arizona Theatre Company in Tucson, the California Shakespearean Festival, the Mark Taper Forum in Los Angeles and the South Coast Repertory in Costa Mesa among others. In 1980 he moved to Los Angeles, where he lives with his family. As a horror film leading actor, Combs is probably best known for portraying Herbert West in the cult horror film Re-Animator (1985). Re-Animator was based on H.P. Lovecraft's famous novel brought together by Stuart Gordon and Brian Yuzna, the producer and financier of the film. Combs stayed in the realm of cult films with both Gordon and Yuzna to return when making From Beyond (1986), and Bride of Re-Animator (1990) also from Lovecraft novels. He has also been in some supporting roles in _Pit and the Pendulum, The (1990) (V)_, the strange FBI Agent with Michael J. Fox in The Frighteners (1996), I Still Know What You Did Last Summer (1998) and the remake of the William Castle thriller, House on Haunted Hill (1999).