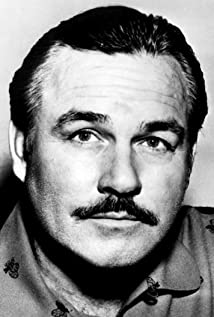 Born in Los Angeles, Jeff was the eldest child and had a brother named John. While still a baby he and his family moved to San Jose. Jeff graduated from grammar school and high school there as well as San Jose State Teachers College. In college Jeff studied to be a writer. He was also an amateur boxer and was runner up in the Pacific Coast Golden Gloves competition. When he found that he had no talent for writing he entered professional boxing. He fought for a year and a half. Jeff managed to bluff his way into a stock company and then joined the Federal Theater Project. That role led to what Jeff regarded as his best to date in Terry and the Pirates (1940). He then played the lead in Li'l Abner (1940). The army called in 1941 which brought his promising start to an abrupt halt. "I was discharged in October, but that didn't help. There were no pictures waiting for me." As luck would have it, he met Garson Kanin in the army and he directed Jeff to a screen test in New York. This test was seen by Louis B. Mayer of MGM and was offered a contract. After no sooner signing a contract Jeff was recalled by the army in February, 1942 until he was discharged in March, 1945. Returning to MGM, he received roles in They Were Expendable (1945), and The Postman Always Rings Twice (1946). However, after that his option was dropped. TV, though, was in the offing and Jeff took full advantage of it. Jeff's role as John L. Sullivan on a national television show led to his role as Mike Fink, the legendary American keel-boat king. Walt Disney had two prerequisites -- that the person for the role must have a big bluff build and personality to match. On the strength of this performance, Jeff was signed for Disneyland TV productions. Jeff joined co-stars Fess Parker and Buddy Ebsen depicting fictional adventures of Davy Crockett. Jeff exercised regularly and dined on steaks and salads. He also possessed a resonant singing voice. In the Davy Crockett show, he sang "The Mike Fink Boatman's Song."

Davy Crockett and the River Pirates

It's a Dog's Life

Demetrius and the Gladiators

The Duel at Silver Creek