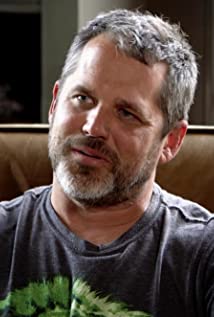 Jeff Tremaine was born a military brat and hustled from state to state until finally settling in Rockville, Maryland. There, he quickly gravitated towards the alternative world of skateboarding, BMX, reggae music, and art... pursuits that would shape a career to come.After attending Washington University, Tremaine headed out West, where he slid into the layout jockey position at Go magazine. From there, he became the art/editorial director for Big Brother. At the magazine, Tremaine, Spike Jonze, and Johnny Knoxville laid the seeds for jackass, a television series that would become a cultural phenomenon, spawning a franchise that includes jackass: the movie, jackass number two, jackass 2.5, and jackass 3D, which Paramount Pictures released in October 2010.Beyond jackass, Tremaine has created and executive produced a number of television series' including MTV's Wildboyz, Rob & Big, Nitro Circus, Rob Dyrdek's Fantasy Factory, Dudesons in America, and the new series, Ridiculousness.In 2009, he produced Steve-O: Demise and Rise, an MTV documentary about addiction and the road to recovery. He went on to executive produce The Wild and Wonderful Whites of West Virginia, a feature-length documentary about a family of outlaws that Tribeca Film acquired and distributed theatrically in 2010.Most recently, Tremaine directed and produced ESPN 30 For 30's The Birth of Big Air, an inspirational documentary about BMX legend Mat Hoffman. He has also directed music videos for Turbonegro, Andrew WK, The Sahara Hot Nights, and Weezer.

Bud Light: Ian Up for Whatever