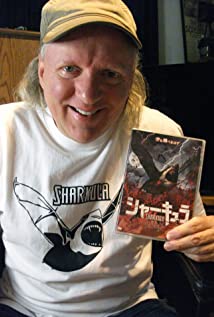 Jeff Kirkendall is an independent digital filmmaker & actor from Upstate New York. He has been passionately involved in making and promoting independent movies since 1996, and since that time has written, produced & directed seven. He has also appeared in over 40 movies to date.Jeff is a longtime fan of cinema. As part of a Communications degree program at The College of Saint Rose in Albany, New York he studied studio and field video production using analog (VHS) cameras and linear editing decks. He then began investing a substantial amount of time in self-study, training in non-linear post-production editing programs such as Adobe Premiere & Encore. Following graduation from college Jeff set out to produce his own independent shot-on-video (S.O.V.) movies. His early productions include the action/horror movie The Temptress and the comedy Of Theatre & Bikinis, both produced entirely in the Capital Region of Upstate New York utilizing local talent.In addition to his own directorial projects, Jeff has served as Associate Producer & Editor on movies produced by other area filmmakers, including the features Project D: Classified, The Edge of Reality, London After Midnight and Bruce G. Hallenbeck's The Drowned. Jeff was also featured in the independent documentary Every Pixel Tells A Story from Times Union writer Peter Hanson, which includes interviews with several leading Capital Region filmmakers shooting in the groundbreaking digital video format.Additionally, he has been involved in promoting area filmmaking for many years by organizing events such as 1999's Area Filmmakers Fantastic Film Festival and 2003's Shocktoberfest, both held at Hudson Valley Community College in Troy, NY. Jeff was a featured filmmaker at the 2005 Dead of Winter Free Film Festival and the 2006 Independent Film Festival, both held at the New York State Museum in Albany, NY. These events received extensive media coverage in publications such as The Gazette, Metroland and the Times Union newspapers, among others, and television stations such as Albany, New York-based Capital News 9 (now Spectrum News). Additionally in 2006 Jeff was an organizer and host at The New York State Museum's 2nd Annual Classic Horror Movie Festival featuring celebrity guest Betsy Palmer of Friday the 13th fame. Jeff has also hosted independent film screenings at the Historic Madison Theater in Albany, New York, including the successful 2007 Night Of B-Movie Indies show held in November of that year. In 2009 Jeff's horror short The Green-Eyed Monster was shown as part of the It Came From Schenectady Film Festival Series at Proctors Theater in Schenectady, NY.Following these festivals and screenings Jeff began work on his latest short horror movie The Hunt, and in 2013 he was the Local Filmmaker Guest of Honor at the Roccon Hudson Valley convention where he screened his comedy Of Theatre & Bikinis. In 2018 Jeff completed the anthology feature film Halloween Horror Tales which was released by Sterling Entertainment later that same year.As an actor Mr. Kirkendall has appeared in feature films such as Project D: Classified, The Drowned, Bloodlust, and several from Polonia Brothers Entertainment directed by indie filmmaker Mark Polonia. These include Amityville Exorcism, Jurassic Prey, Sharkenstein, Bigfoot Vs. Zombies, Amityville Death House, Camp Blood First Slaughter, It Kills Camp Blood 7, Robowar, Empire of the Apes and its direct sequel Revolt of the Empire of the Apes.And in 2019 Jeff collaborated with Mark Polonia to produce the feature film Return to Splatter Farm, a sequel to the Polonia Brothers 1987 cult horror classic Splatter Farm. The new movie was released on DVD and digital platforms nationwide in the USA on 11/10/2020.

Invasion of the Empire of the Apes

Shark Encounters of the Third Kind

Bride of the Werewolf

The Girl in the Crawlspace