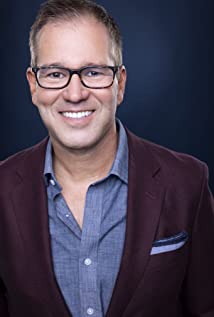 As a director, writer and show-runner on film, television and commercial projects, Jeff Fisher is one of the busiest artists working today. Fisher's talent, dedication, creativity and attention to detail have made him a favorite of actors, writers and producers. His long list of current and past projects includes: Killer Movie, with Paul Wesley & Kaley Cuoco; The Simple Life with Paris Hilton & Nicole Richie; My Christmas Love, with Meredith Hagner; Keeping Up With The Kardashians; MTV's Real World / Road Rules Challenge; Killer Reality starring Parker Young; The Springer Hustle with Jerry Springer; Real Housewives of Atlanta; Being Bobby Brown; DanceLife with Jennifer Lopez; and many more.Fisher began his production career as a production assistant on Martin Scorsese's Cape Fear. He parlayed that amazing experience into directing, writing and producing gigs on some of the most successful reality T.V. hits of all time. Fisher's first feature film, Killer Movie starred Wesley, Cuoco and Leighton Meester before the trio became household names on Vampire Diaries, Big Bang Theory and Gossip Girl. Killer Movie premiered at the Tribeca Film Festival, setting the stage for great things to come.Hallmark Channel's "My Christmas Love," which Fisher brought in on time and under budget, was one of nineteen films released by the network in December 2016. The crowd-pleasing romantic comedy / musical blasted the competition, including the NFL game between the Miami Dolphins and New York Jets. Most impressively, My Christmas Love now ranks as Hallmark's highest rated film of 2016.Fisher was born in Hollywood, Florida. After his parents took him to see The Poseidon Adventure as a five-year-old at a revival theater, he told them he wanted to be a movie director. Fisher started making 8mm films in middle school and by the time he graduated with a degree in film from Columbia College Chicago, his student films Still a Kiss and Band of Gold won back-to-back 1st place Film Technique awards his senior year.After graduation, Fisher moved to Los Angeles where his music video "Dreams I Dream" won the grand prize in Billboard's national song contest for video production. From there, while working as a talent agent's assistant at International Creative Management, Fisher made two short films, "Garage Sale," a Romcom starring Claire Forlani & Nestor Carbonell and "Angels, Baby!" a musical comedy starring Laura Leighton. The short films won audience awards and dramatic competitions at the Palm Springs, Chicago, Telluride and Ft. Lauderdale International film festivals.In his "spare" time, Fisher is an adjunct professor at Emory University in Atlanta, helping eager students learn the art of screenwriting and how to survive in Hollywood. Fisher continues directing television projects and developing his next feature film, which he describes as "a musical mash-up of The Proposal, Bewitched and Grease."