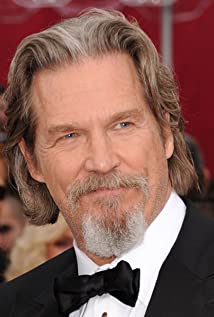 Jeffrey Leon Bridges was born on December 4, 1949 in Los Angeles, California, the son of well-known film and TV star Lloyd Bridges and his long-time wife Dorothy Dean Bridges (née Simpson). He grew up amid the happening Hollywood scene with big brother Beau Bridges. Both boys popped up, without billing, alongside their mother in the film The Company She Keeps (1951), and appeared on occasion with their famous dad on his popular underwater TV series Sea Hunt (1958) while growing up. At age 14, Jeff toured with his father in a stage production of "Anniversary Waltz". The "troublesome teen" years proved just that for Jeff and his parents were compelled at one point to intervene when problems with drugs and marijuana got out of hand.He recovered and began shaping his nascent young adult career appearing on TV as a younger version of his father in the acclaimed TV- movie Silent Night, Lonely Night (1969), and in the strange Burgess Meredith film The Yin and the Yang of Mr. Go (1978). Following fine notices for his portrayal of a white student caught up in the racially-themed Halls of Anger (1970), his career-maker arrived just a year later when he earned a coming-of-age role in the critically-acclaimed ensemble film The Last Picture Show (1971). The Peter Bogdanovich- directed film made stars out off its young leads (Bridges, Timothy Bottoms, Cybill Shepherd) and Oscar winners out of its older cast (Ben Johnson, Cloris Leachman). The part of Duane Jackson, for which Jeff received his first Oscar-nomination (for "best supporting actor"), set the tone for the types of roles Jeff would acquaint himself with his fans -- rambling, reckless, rascally and usually unpredictable).Owning a casual carefree handsomeness and armed with a perpetual grin and sly charm, he started immediately on an intriguing 70s sojourn into offbeat filming. Chief among them were his boxer on his way up opposite a declining Stacy Keach in Fat City (1972); his Civil War-era conman in the western Bad Company (1972); his redneck stock car racer in The Last American Hero (1973); his young student anarchist opposite a stellar veteran cast in Eugene O'Neill's The Iceman Cometh (1973); his bank-robbing (also Oscar-nominated) sidekick to Clint Eastwood in Thunderbolt and Lightfoot (1974); his aimless cattle rustler in Rancho Deluxe (1975); his low-level western writer who wants to be a real-life cowboy in Hearts of the West (1975); and the brother of an assassinated President who pursues leads to the crime in Winter Kills (1979). All are simply marvelous characters that should have propelled him to the very top rungs of stardom...but strangely didn't.Perhaps it was his trademark ease and naturalistic approach that made him somewhat under appreciated at that time when Hollywood was run by a Dustin Hoffman, Robert De Niro and Al Pacino-like intensity. Neverthless, Jeff continued to be a scene-stealing favorite into the next decade, notably as the video game programmer in the 1982 science-fiction cult classic TRON (1982), and the struggling musician brother vying with brother Beau Bridges over the attentions of sexy singer Michelle Pfeiffer in The Fabulous Baker Boys (1989). Jeff became a third-time Oscar nominee with his highly intriguing (and strangely sexy) portrayal of a blank-faced alien in Starman (1984), and earned even higher regard as the ever-optimistic inventor Preston Tucker in Tucker: The Man and His Dream (1988).Since then Jeff has continued to pour on the Bridges magic on film. Few enjoy such an enduring popularity while maintaining equal respect with the critics. The Fisher King (1991), American Heart (1992), Fearless (1993), The Big Lebowski (1998) (now a cult phenomenon) and The Contender (2000) (which gave him a fourth Oscar nomination) are prime examples. More recently he seized the moment as a bald-pated villain as Robert Downey Jr.'s nemesis in Iron Man (2008) and then, at age 60, he capped his rewarding career by winning the elusive Oscar, plus the Golden Globe and Screen Actor Guild awards (among many others), for his down-and-out country singer Bad Blake in Crazy Heart (2009). Bridges next starred in TRON: Legacy (2010), reprising one of his more famous roles, and received another Oscar nomination for Best Actor for his role in the Western remake True Grit (2010). In 2014, he co-produced and starred in an adaptation of the Lois Lowry science fiction drama The Giver (2014).Jeff has been married since 1977 to non-professional Susan Geston (they met on the set of Rancho Deluxe (1975)). The couple have three daughters, Isabelle (born 1981), Jessica (born 1983), and Hayley (born 1985). He hobbies as a photographer on and off his film sets, and has been known to play around as a cartoonist and pop musician. His ancestry is English, and smaller amounts of Scots-Irish (Northern Irish), Irish, Swiss-German, and German.

Living in the Future's Past

One Day Since Yesterday: Peter Bogdanovich & the Lost American Film