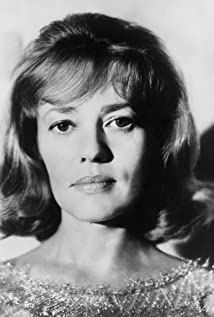 When people gave Louis Malle credit for making a star of Jeanne Moreau in Elevator to the Gallows (1958) immediately followed by The Lovers (1958), he would point out that Moreau by that time had already been "recognized as the prime stage actress of her generation." She had made it to the Comédie Française in her 20s. She had appeared in B-movie thrillers with Jean Gabin and Ascenseur was in that genre. The technicians at the film lab went to the producer after seeing the first week of dailies for Ascenseur and said: "You must not let Malle destroy Jeanne Moreau". Malle explained: "She was lit only by the windows of the Champs Elysées. That had never been done. Cameramen would have forced her to wear a lot of make-up and they would put a lot of light on her, because, supposedly, her face was not photogenic". This lack of artifice revealed Moreau's "essential qualities: she could be almost ugly and then ten seconds later she would turn her face and would be incredibly attractive. But she would be herself".Moreau has told interviewers that the characters she played were not her. But even the most famous film critic of his generation, Roger Ebert, thinks that she is a lot like her most enduring role, Catherine in François Truffaut's Jules and Jim (1962). Behind those eyes and that enigmatic smile is a woman with a mind. In a review of Screen Two: The Clothes in the Wardrobe (1993) Ebert wrote: "Jeanne Moreau has been a treasure of the movies for 35 years... Here, playing a flamboyant woman who nevertheless keeps her real thoughts closely guarded, she brings about a final scene of poetic justice as perfect as it is unexpected".Moreau made her debut as a director in Lumiere (1976) -- also writing the script and playing Sarah, an actress the same age as Moreau whose romances are often with directors for the duration of making a film. She made several films with Malle.Still active in international cinema, Moreau presided over the jury of the 1995 Cannes Film Festival.

Lullaby to My Father