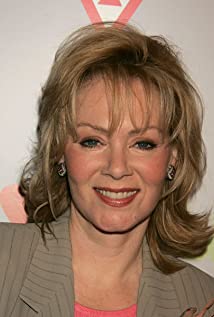 Tall (5'10"), lovely, statuesque Seattle native Jean Elizabeth Smart was born on September 13, 1951. The second of four children born to a teacher and his wife, she developed an early interest in acting and attended the University of Washington following her graduation from Seattle's Ballard High School. She attained a BA degree in fine arts there.Jean's first professional season was with the Oregon Shakespeare Festival where she went on to perform in Shakespeare's Much Ado About Nothing" and "A Moon for the Misbegotten," among others. During the late 1970's she built up a strong resume in regional theater with such companies as the Seattle Repertory Theatre ("Equus," "Fallen Angels"), ACT ("A Christmas Carol"), Pittsburgh Public Theatre (as Lady Macbeth), Alaska Repertory Theatre ("Terra Nova"), and Alliance Theatre ("A History of the American Film"). Her first significant break came with a starring role in the potent, critically-acclaimed lesbian drama "Last Summer at Bluefish Cove," which earned her an Off-Broadway Drama Desk nomination in 1980. She capped this honor with a Los Angeles Drama Critics award in 1983 when she repeated her triumph on the West Coast.Jean made a highly auspicious Broadway debut in 1981 playing Marlene Dietrich in "Piaf" starring Jane Lapotaire, and it was the subsequent TV taping of that show, Piaf (1984), that brought about major Hollywood interest. A regular on the short-lived sitcoms Teachers Only (1982), Reggie (1983) and Maximum Security (1984), Jean hit pure gold in her fourth attempt as the delightfully ditzy Charlene Frazier on Designing Women (1986). The show was an instant hit and it was here that she would meet future husband Richard Gilliland, who played the recurring role of co-player Annie Potts' boyfriend J.D. for several seasons.Feeling confined and fearing typecasting, Jean left the show in 1991 to find more challenging work. She drew major acclaim, giving a chilling portrayal of a true-to-life serial killer in the TV movie Overkill: The Aileen Wuornos Story (1992), long before Charlize Theron copped an Oscar for her equally chilling cinematic version. In other TV movies, Jean earned strong applause for her roles as a mentally challenged woman in The Yarn Princess (1994); as a concerned rural mother in Marjorie Kinnan Rawlings' classic The Yearling (1994); as an attorney involved in a high-profile murder case in Undue Influence (1996); as a wife who discovers her longtime husband is gay in A Change of Heart (1998); co-starring with real-life husband Richard Gilliland in Audrey's Rain (2003) as new parents after her sister commits suicide; and as an FBI profiler in Killer Instinct: From the Files of Agent Candice DeLong (2003).On stage, Jean she earned a Tony nomination for her delightfully madcap part in the Moss Hart/George S. Kaufman classic comedy farce "The Man Who Came to Dinner" opposite Nathan Lane. The Broadway show was later made as a TV movie, The Man Who Came to Dinner (2000), with both Lane and Smart.Having made her debut with a small role in the crimer Hoodlums (1980), films would never be as strong a venue for Jean as the stage or TV. She did, however, show off her versatility in both comedy and drama with secondary roles with such films as Flashpoint (1984), the Goldie Hawn vehicle Protocol (1984), Fire with Fire (1986), Project X (1987), Mistress (1992), Edie & Pen (1996) and The Odd Couple II (1998). Jean topped the decade off well with two independent films -- earning an Independent Spirit Award nomination for her role as Sarah Polley's ill-natured mother in Guinevere (1999), and first-billed in the mother/daughter road trip dramedy Forever Fabulous (1999) co-starring Jennifer Elise Cox.Remaining extremely busy into the millennium, Jean went on to win bookend Emmy awards for her guest appearances on the sitcom Frasier (1993) and earned two more Emmy nominations for her potent perfs in the crime drama 24 (2001) starring Kiefer Sutherland. She also graced a host of other series with regular/recurring roles on the romantic comedy In-Laws (2002); the crimer The District (2000); the family comedy Center of the Universe (2004) (co-starring John Goodman); the animated program Kim Possible (2002) (as the voice of Dr. Ann Possible); the mystery comedy Samantha Who? (2007) starring Christina Applegate; the revamped crimer Hawaii Five-0 (2010) (as the governor); the crime dramedy Harry's Law (2011); the dark thriller Fargo (2014); the action sci-fi drama Legion (2017); and the detective series Mare of Easttown (2021).More recent films include Youth in Revolt (2009), Barry Munday (2010), Hope Springs (2012), Waking (2013), Warren (2014), Miss Meadows (2014), The Accountant (2016), Life Itself (2018) and Brampton's Own (2018).Diagnosed with juvenile diabetes at age 13, Jean has played an active part over the years in public awareness. She and Richard have two children, son Connor and adopted daughter (from China) Bonnie.