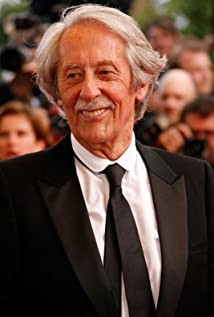 French character star Jean Rochefort expressed an interest in acting early in life. Born in 1930, he trained at the Paris Conservatoire but had to halt his studies due to military service. Relocating to Paris, he developed a minor name for himself in cabaret and stage plays. He also worked with the Grenier-Hussenot company at this time and acted in TV drama. Throughout his career Rochefort would return sporadically to the theatre as both actor and director. Films took his immediate focus in the late 50s and he became an audience favorite in roguish costumers and adventure films, particularly those of director Philippe de Broca, including Cartouche (1962), Up to His Ears (1965) and The Devil by the Tail (1969). By the 70s, Rochefort's reputation as a comedy star of sex farces and black comedies was firmly established, culminating with his classic roles in The Tall Blond Man with One Black Shoe (1972), Conspiratia (1973), The Phantom of Liberty (1974), Ugly, Dirty and Bad (1976) and Pardon Mon Affaire (1976). He won the Cesar Award (French equivalent of the Oscar) for best supporting actor in The Clockmaker of St. Paul (1974) and the best actor trophy for Le Crabe-Tambour (1977). Though he branched out internationally in later years, he earned more kudos for his work in French-made films, especially those directed by Patrice Leconte: Tandem (1987), The Hairdresser's Husband (1990) and the Oscar-nominated Ridicule (1996). Most recently he won praise co-starring as a retired teacher of poetry opposite actor Johnny Hallyday in Man on the Train (2002). Despite his obvious comedic electricity, he has touched audiences as well playing dying naval captains, paraplegics, and timorous, elderly dreamers, often drawing both humor and pathos simultaneously from his characters. Not as well known by America's standards, his sunken, weary features, ever-searching eyes, ever-present moustache and prominent nose are unmistakable in the over 80 films he's graced. A lifetime dream was to play Don Quixote on film and his wish was nearly fulfilled until he took seriously ill and the project had to be indefinitely shelved after only a few days of filming. Rochefort received a special life's achievement Cesar award in 1999. He died on October 9, 2017 in Paris, France.

April and the Extraordinary World

Jack and the Cuckoo-Clock Heart