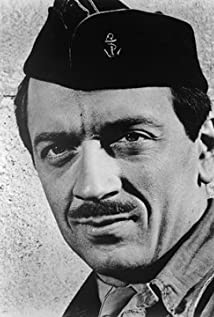 He made his movie debut at the invitation of Gene Kelly, who cast Cassel in the 1956 Paris-filmed seriocomedy The Happy Road (1957). At least, that's what the press releases claimed; actually, the tall, elastic-faced Cassel had been plugging away in films on a minor basis since 1950. Shortly after, Cassel was perfectly cast in the naif title role in the 1958 film version of Voltaire's Candide. He has since been a stalwart in the comedies of director Philippe de Broca, nearly always playing latter-day variations of the ingenuous Candide. Since this time, he is the screen-lover of some of the best actresses like Jean Seberg, Brigitte Bardot, Claude Jade, Catherine Deneuve, Stéphane Audran or Marie Dubois. He played in Gérard Brach's The Boat on the Grass (1971) (1970) with Claude Jade and John McEnery. In 1974, Jean-Pierre Cassel added thousands of American filmgoers to his fan following with his appearances as the bumbling King Louis XIII in Richard Lester's The Three Musketeers (1973) and The Four Musketeers: Milady's Revenge (1974).

Asterix at the Olympic Games

The Diving Bell and the Butterfly

The Secret Adventures of Gustave Klopp