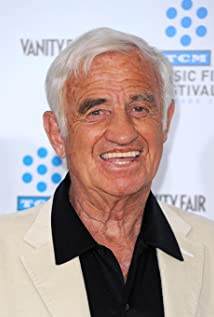 The son of the renowned French sculptor Paul Belmondo, he studied at Conservatoire National Superieur d'Art Dramatique (CNSAD); after the minor stage performances he made his screen debut in À pied, à cheval et en voiture (1957) but the episodes with his participation were cut before release. However, the breakthrough role in Jean-Luc Godard's Breathless (1960) made him one of the key figures in the French New Wave. Since mid-60s he completely switched to commercial mainstream pictures and became a big comedy and action star in France. Following the example of Alain Delon he founded his own production company Cerito named after his grandmother's maiden name. In 1989 he was awarded Cesar for his performance in Itinerary of a Spoiled Child (1988) . Recently he returned to stage performing in the Theatre Marigny in Paris. He still appears in the movies but not so often as before preferring mostly dramatic roles. The president of France distinguished him with order of Legion of Honour. Belmondo has daughter Florence and son Paul. His elder daughter Patricia died in a fire in 1993. None of his children became actors though you could have seen his son Paul in the episodic role in Itinerary of a Spoiled Child (1988).

My Journey Through French Cinema