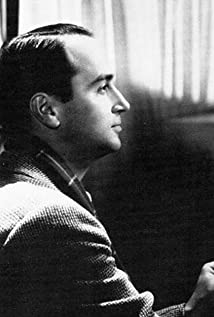 Jean Negulesco made his reputation as a director of both polished, popular entertainments as well as critically acclaimed dramatic pictures in the 1940s and 1950s. Born in Craiova, Romania, he left home at age 12, ending up in Paris. He earned some money washing dishes, which paid for his art tuition, on the way to fulfilling his dream of becoming a painter. World War I intervened, and he found himself in the French army working in a field hospital on the Western Front. Returning to Paris unscathed, he embarked on a more serious study of the arts, learning to paint under the guidance of his émigré compatriot Constantin Brâncusi (1876-1957), and subsequently returned home to Romania. Proving himself an adept pupil, Negulesco sold 150 of his paintings at his very first exhibition. Back in Paris by the early 1920s, he discovered another outlet for his creativity by working as a stage decorator.In 1927, Negulesco took some of his paintings to New York in the hope of finding a wider audience. He liked it and decided to stay. Travelling across the US to California--all the while making money by painting portraits--Negulesco took years to arrive at his destination. In 1932, he was hired by Paramount Pictures (working for producer Benjamin Glazer) for his first job in the movie industry, as a sketch artist and technical advisor, notably designing the rape scene in The Story of Temple Drake (1933) without violating the Hays Code. Persuaded by an art critic, Elie Faure, to throw himself whole-heartedly into film work, Negulesco then financed and directed his own experimental project, "Three and a Day", starring Mischa Auer. Studio executives liked the picture and Negulesco advanced up the ladder to second-unit director, working on A Farewell to Arms (1932) and (on loan to Warner Brothers) The Sea Hawk. He served in diverse capacities during the remainder of the decade, including associate director, scenarist and original story writer. In 1940, he was approached by Warner Brothers and signed to a contract (until 1948) to direct shorts. Between 1941 and 1944, Negulesco turned out a string of shorts, generally of a musical nature and often featuring popular big bands, including those of Joe Reichman, Freddy Martin and Jan Garber.Negulesco's road to directing feature films was a tortured one. He was replaced by John Huston two months into shooting The Maltese Falcon (1941) and suffered a similar fate with Singapore Woman (1941). His big break came when he landed the directing job for The Mask of Dimitrios (1944), a tale of international intrigue, based on the novel "A Coffin for Dimitrios" by Eric Ambler. The film was unusual in that it starred two character actors instead of romantic leads. The story, already convoluted by many flashbacks, was therefore not muddied further by built-in romantic angles not integral to the plot. The two films noir experts at the center of the action, Sydney Greenstreet and Peter Lorre, contributed greatly to the success of the venture. Likewise did Negulesco's experience as an artist, which had provided him with a keen eye for effective shots and the ability to set a scene to create atmosphere. Critic Pauline Kael aptly commented that the picture "had more mood than excitement". "The Mask of Dimitrios" was a financial boon for Warner Brothers and led to further assignments for its director.Continuing in the same genre, Negulesco was tasked with two more films starring Greenstreet and Lorre, The Conspirators (1944) and Three Strangers (1946). He also directed John Garfield and Joan Crawford in the brilliantly moody melodrama Humoresque (1946). This picture was in many ways a victory of style over content. The maudlin tale of an up-and-coming young violinist and his stormy, ultimately, ill-fated relationship with an unhappily married alcoholic socialite, could have been hackneyed soap opera under a lesser talent. However, Negulesco not only elicited electrifying performances from his stars, but also gave the film an edgy look, as well as effectively juxtaposing the ghetto background of the Garfield character with the lush, high-society settings of Crawford's. Aided by Ernest Haller's photography, a bitingly clever screenplay conceived by Clifford Odets and Zachary Gold, and with Franz Waxman's lavish orchestration of music by Antonín Dvorák and Richard Wagner, "Humoresque" was another major hit with critics and public alike.'Mood" was again at the center of the success pf Johnny Belinda (1948), the story of a deaf-mute who is raped, has a child and later kills her assailant. Negulesco tackled what was at the time a taboo subject in films (considered box-office poison) with restrained sentimentality. Bosley Crowther pondered in his review why Warners had undertaken the project in the first place, but gave both it and its director an excellent appraisal (October 2, 1948). Unfortunately, Warners did not concur and, though "Johnny Belinda" made the studio $4 million, Negulesco was unceremoniousl

The Best of Everything

The Gift of Love

Boy on a Dolphin

Three Coins in the Fountain

River of No Return