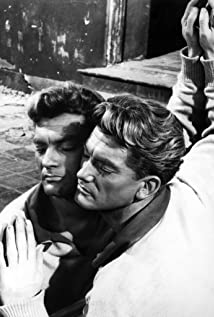 Jean Marais was a popular French cinema actor and director who played over 100 roles in film and on television, and was also known for his many talents as a writer, painter and sculptor.He was born Jean Alfred Villain-Marais on December 11, 1913, in Cherbourg, France. His father practiced veterinarian medicine, then fought in the World War I, and eventually left the family. Young Jean Marais was taken to Paris at the age of 4. There he was raised by his mother and grandmother. He attended the Lycée Condorcet, a prestigious State school where also studied his future film partners such as Louis de Funes and Jean Cocteau, and the faculty had such figures as Jean-Paul Sartre. At the age of 13, Marais dropped out of Lycee Condorcet, he tried several other schools, albeit he did not complete his college education, instead he was placed in a Catholic boarding school. At 16, he left school and became involved in amateur acting. After being rejected from drama schools, he took a job as a photographer's assistant and also worked as a caddy at a golf club.In 1933 Marais made his film debut in Les Amoureux (1933) (aka.. Les Amoureux), by director Marcel L'Herbier. In 1937, at a stage rehearsal of 'King Aedipus', Marais met Jean Cocteau, and they remained close friends until Cocteau's death. Cocteau had a major influence on life and career of Jean Marais who appeared in almost every one of Cocteau's films. Together they made such classics as Beauty and the Beast (1946), Orpheus (1950) and Testament of Orpheus (1960), to name a few.During the World War II, Marais was an actor in the occupied Paris. After liberation of Paris in 1944, he became a truck driver for the French Army, he was decorated for his courage. During the war Marais was married to his film partner, actress Mila Parély, and their marriage was blessed by Cocteau, who wanted Marais to be happy. Marais and Mila Parély divorced after two years of marriage, and shortly after their divorce, they worked together again in 'Beauty and the Beast' (1946), under directorship of Jean Cocteau. During the 1950s, Marais shot to international fame, after starring in films directed by Cocteau, Visconti, and others.During the 1960s and 1970s, Marais went on to star in several popular comedies, such as the Fantomas (1964) trilogy by director André Hunebelle. He co-starred with many major French actors of the time, including such stars as Louis de Funès and Mylène Demongeot in the Fantomas trilogy, and also Jean Gabin, Guy Delorme, Bourvil, Danielle Darrieux, Michèle Morgan, and Yves Montand.Jean Marais was also a remarkable stage actor known for his association with Théâtre de Paris, Théâtre de l'Atelie, and the Comédie Francaise, among others. Marais received numerous international awards and recognitions for his contribution to film art, including the French Legion of Honour (1996). He spent his later years living in his house in Vallaruis, in the South of France where he was involved in painting, sculpture and pottery, and was visited by Pablo Picasso and other cultural figures. Jean Marais died of a heart failure on November 8, 1998, in Cannes, France, and was laid to rest in the small Cemetiere de Vallauris, France.