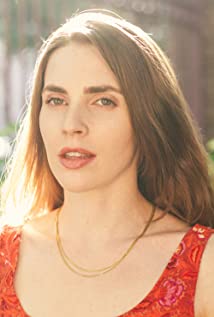 Jean Louise O'Sullivan is an actress, writer, and producer from West Chester, Pennsylvania. She is a graduate of The University of the Arts in Philadelphia and The National Theater Institute. Dubbed a 'Scream Queen' for her starring roles in horror films she has also become known for comedy, having appeared in television shows and web series. Natural auburn hair, fair skin, green eyes, and freckles make Jean Louise instantly recognizable. She has modeled for major cosmetic, fashion, and lifestyle brands and appeared in dozens of commercials. Jean Louise is a supporter of children's arts organizations, and has taught fine arts through West Chester Recreation Summer Camps, theater arts at The Walnut Street Theater Summer Program, and volunteered for the Young Playwrights Festival at the Eugene O'Neill Theater Center. She lives in New York City.

The Myth of the American Sleepover