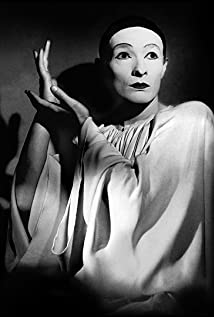 Celebrated French stage actor/director/producer Jean-Louis Barrault was born on September 8, 1910. A superlative tragedian and mime, his dedication to both avant-garde and classical plays helped revive the French theatre after World War II, while presenting world premières of works by such playwrights as Samuel Beckett, Eugène Ionesco and Jean Genet. A rebel with many causes, he once hid French Underground members on the set of his greatest film Children of Paradise (1945).Barrault initially was a teacher and studied art before turning to the theatre. A gifted student of both Charles Dullin of drama and Etienne Decroux of pantomime, he supported himself as a bookkeeper and flower salesman during those lean years. He made his official film bow in Vagabonds imaginaires (1950) (billed as J.L. Barrault), and took his first curtain call a year later playing a servant in "Volpone" at the Theatre de l'Atelier. While he made quite an impact in numerous classic, romantic films, including Bizarre, Bizarre (1937), Mirages (1938) and Children of Paradise (1945) (the last two opposite the exquisite Arletty), the theatre would remain Barrault's greatest passion, marking his directorial debut with "Les beaux jours" in 1935. Five years later he would join the Comedie Francaise as both actor/director.In 1936 Barrault met actress Madeleine Renaud, who was a decade his senior, and married her four years later. Together the couple founded many theatres (including the Renaud-Barrault Paris stage company in 1947) and toured extensively, becoming the Lunt and Fontanne of European theatre with such performances in "Christopher Columbus" (1957) (she as his Queen Isabella), "The Misanthrope" (1957) and "The Marriage of Figaro" (1964) among their many collaborations. In November of 1952, Barrault and Renard made daunting Broadway debuts touring in repertory with "Les Fausses Confidences", "Baptiste", "The Trial", "Amphitryon", "Scapin", "Keep Your Eyes on Amelie" and "Hamlet". In 1957, they returned with "Christopher Columbus", "Volpone", "The Misanthrope", "Intermezzo", and others. He received a "special" Tony award for his work.Barrault's thin frame, gentle bearing and sensitive features belied a great power and those same talents were utilized magnificently, if sporadically, on film, associating with the greatest of directors including Abel Gance, Georg Wilhelm Pabst, Sacha Guitry, Jean Delannoy, Max Ophüls and Jean Renoir. His initial impression playing Beethoven's nephew Karl in The Life and Loves of Beethoven (1936), led to other fine filming. Arguably his most notable triumph on film was his portrayal of Baptiste in Children of Paradise (1945), which was based on the life of the mime-actor Jean-Gaspard Deburau, a character he originally suggested to Marcel Carné and Jacques Prévert. The phenomenal success of that film singlehandedly revived public interest in the art of pantomime and subsequently influenced the popularity of legendary mime Marcel Marceau. Barrault's peerless performance in that role is still studied in acting and mime schools today. Elsewhere, he appeared in historical characterizations ranging from that of composer Hector Berlioz to Napoleon Bonaparte.In later years Barrault served twice as director of the Theatre des Nations and in 1974-1981 was the director of the Theatre d'Orsay. His last film performance at age 78 was in La lumière du lac (1988). The beloved 83-year-old actor died of a heart attack in Paris on January 22, 1994; wife Madeleine died in September of that same year at age 94.

That Night in Varennes

Blood on His Sword