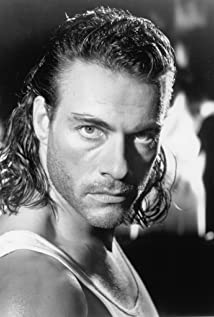 Van Damme was born Jean-Claude Camille François Van Varenberg in Berchem-Sainte-Agathe, Brussels, Belgium, to Eliana and Eugène Van Varenberg, an accountant. "The Muscles from Brussels" started martial arts at the age of eleven. His father introduced him to martial arts when he saw his son was physically weak. At the age of 12, Van Damme began his martial arts training at Centre National De Karate (National Center of Karate) under the guidance of Master Claude Goetz in Ixelles, Belgium. Van Damme trained for 4 years and earned a spot on the Belgium Karate Team. He won the European professional karate association's middleweight championship as a teenager, and also beat the 2nd best karate fighter in the world. His goal was to be number one but got sidetracked when he left his hometown of Brussels. In 1976 at the age of sixteen, Jean-Claude started his Martial Arts fight career.Over the next 6-years, he competed in both full-contact and semi-contact matches. He debuted under his birth name of Jean Claude Van Varenberg. In his first match, Jean-Claude was staggered by a round-house kick thrown by fellow countryman, Toon Van Oostrum in Brussels, Belgium. Van Damme was badly stunned, but came back to knockout Van Oostrum moments later. In 1977, at the WAKO Open International in Antwerp, Belgium, Jean-Claude lost a decision to fellow team mate Patrick Teugels in a semi-contact match. At the 1978 Challenge De Espoirs Karate Tournament (1st Trials),Jean-Claude placed 2nd in the semi-contact division. He defeated twenty-five opponents during the week long tournament, but lost in the finals to Angelo Spataro from the Naha Club. Later in 1978, Jean-Claude lost a 3-round match for the Belgium Lightweight Championship (semi-contact) to his fellow team-mate to Patrick Teugels.In 1979, Jean-Claude traveled to the United States of America, to Tampa, Florida. In his first and only match against a United States opponent, Van Damme faced 'Sherman 'Big Train'Bergman', a kick-boxer from Miami Beach, Florida. For the first and only time in his career, Jean-Claude was knocked to the canvas after absorbing a powerful left hook from Bergman. However, Jean-Claude climbed off the canvas and with a perfectly timed ax-kick, knocked Bergman out in 56 seconds of the first round. Jean-Claude was a member of the Belgium team which competed on December 26, 1979 at the La Coupe Fancois Persoons Karate Tournament which was sanctioned by the Federation bruxelloise de Karate. Van Damme's final match victory enabled his team to win the European Team Karate Championship. In Full-Contact karate, Jean-Claude knocked out England's Micheal Heming in 46 seconds of the first round. In 1980, Van Damme knocked out France's Georges Verlugels in 2 rounds of a match fought under kick-boxing rules. Jean-Claude wanted to defeat his rival Patrick Teugels. At the Forest Nationals in Brussels, on March 8, 1980, Jean-Claude knocked Teugels down and Teugels suffered a nose injury and was unable to continue. Jean-Claude was awarded a first round victory.Jean-Claude retired from martial arts in 1982, following a knockout over Nedjad Gharbi in Brussels,Belgium. Jean-Claude posted a 18-1 (18 knockouts) Kickboxing record, and a Semi-Contact record of 41-4. He came to Hong Kong at the age of 19 for the first time and felt insured to do action movies in Hong Kong. In 1981 Van Damme moved to Los Angeles. He took English classes while working as carpet layer, pizza delivery man, limo driver, and thanks to Chuck Norris he got a job as a bouncer at a club. Norris gave Van Damme a small role in the movie Missing in Action (1984), but it wasn't good enough to get anybody's attention. Then in 1984 he got a role as a villain named Ivan in the low-budget movie No Retreat, No Surrender (1985). Then one day, while walking on the streets, Jean-Claude spotted a producer for Cannon Pictures, and showed some of his martial arts abilities which led to a role in Bloodsport (1988). But the movie, filmed in Hong Kong, was so bad when it was completed, it was shelved for almost two years. It might have never been released if Van Damme did not help them to recut the film and begged producers to release it. They finally released the film, first in Malaysia and France and then into the U.S. Shot on a meager 1.5 million dollar budget, it became a U.S box-office hit in the spring of 1988. It made about 30 million worldwide and audiences supported this film for its new sensational action star Jean-Claude Van Damme.His martial arts assets, highlighted by his ability to deliver a kick to an opponent's head during a leaping 360-degree turn, and his good looks led to starring roles in higher budgeted movies like Cyborg (1989), Lionheart (1990), Double Impact (1991) and Universal Soldier (1992). In 1994, he scored with his big breakthrough $100 million worldwide hit Timecop (1994). But in the meantime, his personal life was coming apart. A divorce, followed by a new marriage, followed by another divor