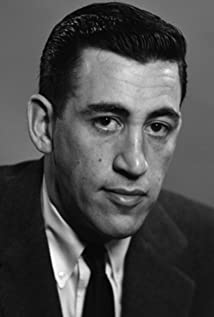 U.S. writer whose novel "The Catcher in the Rye" (1951) won critical acclaim and devoted admirers, especially among the post-World War II generation of college students. His entire corpus of published works consists of that one novel and 13 short stories, all originally written in the period 1948-59. Salinger was the son of a Jewish father and a mother who adopted Judaism, and, like Holden Caulfield, the hero of "The Catcher in the Rye", he grew up in New York City, attending public schools and a military academy. After brief periods at New York and Columbia universities, he devoted himself entirely to writing, and his stories began to appear in periodicals in 1940. After his return from service in the U.S. Army (1942-46), Salinger's name and writing style became increasingly associated with "The New Yorker" magazine, which published almost all of his later stories. Some of the best of these made use of his wartime experiences: "For Esmé - With Love and Squalor" (1950) describes a U.S. soldier's poignant encounter with two British children; "A Perfect Day for Bananafish" (1948) concerns the suicide of the sensitive, despairing veteran Seymour Glass. Major critical and popular recognition came with the publication of "The Catcher in the Rye", whose central character, a sensitive, rebellious adolescent, relates in authentic teenage idiom his flight from the "phony" adult world, his search for innocence and truth, and his final collapse on a psychiatrist's couch. The humor and colorful language of "The Catcher in the Rye" place it in the tradition of Mark Twain's "Adventures of Huckleberry Finn" and the stories of Ring Lardner, but its hero, like most of Salinger's child characters, views his life with an added dimension of precocious self-consciousness. "Nine Stories" (1953), a selection of Salinger's best work, added to his reputation. The reclusive habits of Salinger,an obsessively private man especially over the last half-century of his life, made his personal life a matter of speculation among devotees, while his small literary output was a subject of controversy among critics. "Franny and Zooey" (1961) brought together two earlier New Yorker stories; both deal with the Glass family, as do the two stories in "Raise High the Roof Beam, Carpenters"; and "Seymour: An Introduction" (1963).

The Ketchup on the Rye

A Perfect Day for a Bananafish