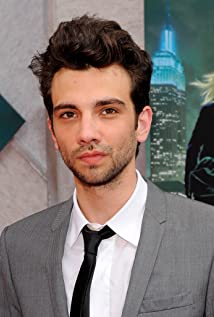 Jay Baruchel was born in Ottawa, Ontario, and was raised in Montreal, Quebec, Canada. He is the son of Robyne (Ropell), a freelance writer, and Serge Victor Baruchel, an antiques dealer. He has a younger sister who also acts. He started acting in 1995 when he made his first of three appearances on the hit show Are You Afraid of the Dark? (1990). He was also in more localized shows such as My Hometown (1996) and Popular Mechanics for Kids (1997).Baruchel had spent some downtime and finally got a chance to be in a classic film called Almost Famous (2000) in 2000. He played "Vic", a devout fan of Led Zeppelin. Judd Apatow soon had a show in the works and Baruchel played "Steven Karp" on Undeclared (2001). He also had the chance to star alongside actors such as Ian Somerhalder and James Van Der Beek as "Harry" in The Rules of Attraction (2002). Things began to slow down a bit after a couple more failed shows. He came back as the courageous "Danger Barch" in Million Dollar Baby (2004). He has also appeared in many independent films, such as Fetching Cody (2005), Just Buried (2007) and Real Time (2008).He was also in many successful American comedy films. He was the lead in She's Out of My League (2010) and played one of Seth Rogen's best friends (which he really is) in the movie Knocked Up (2007). He also made his mark in family-friendly films such as How to Train Your Dragon (2010), playing the unlikely "Viking Hiccup" and also played the title role in The Sorcerer's Apprentice (2010) alongside his newly-found kindred spirit, actor Nicolas Cage.Baruchel lived his dream as he worked on the hockey comedy Goon (2011), and is working on many other films that are what he considers to be passion projects.